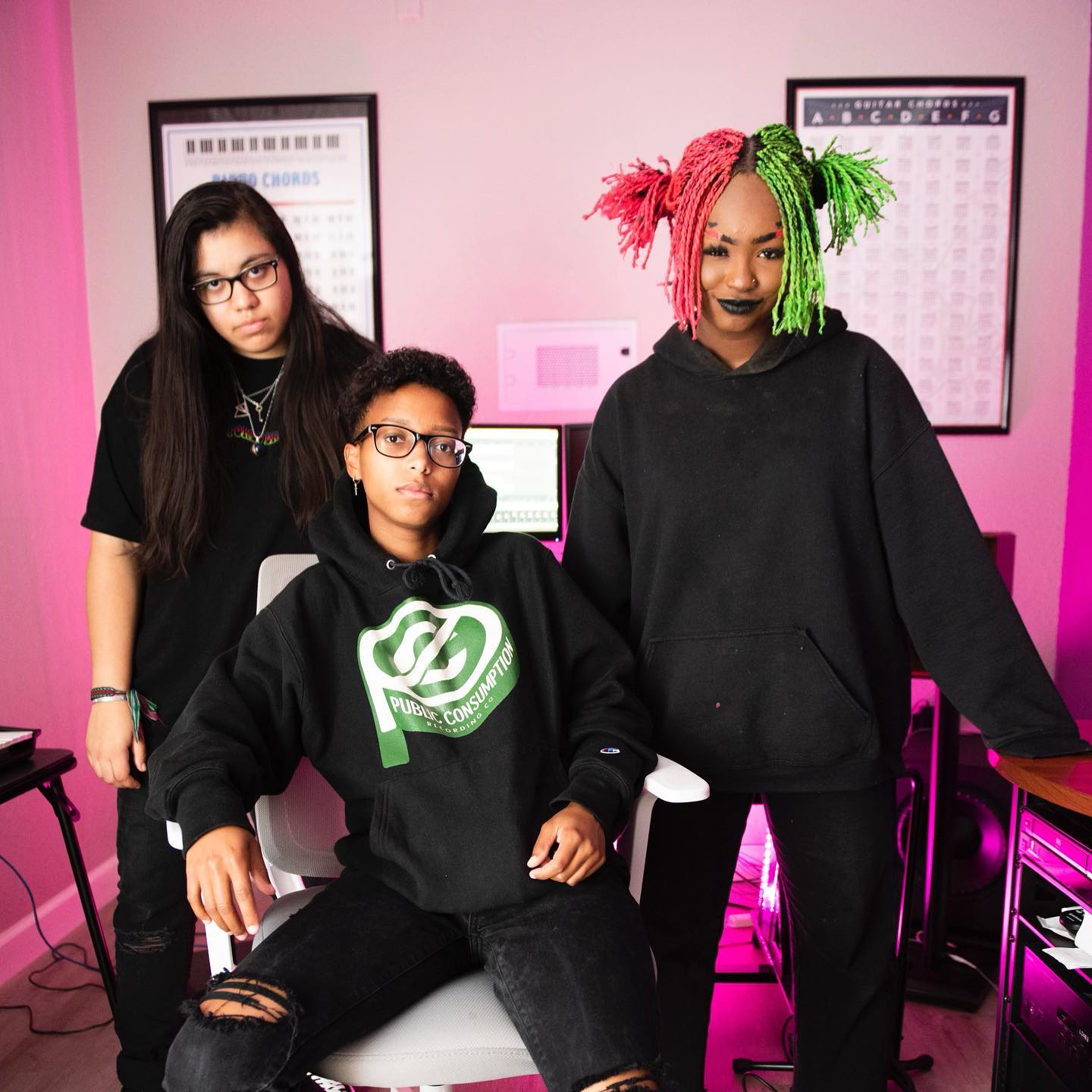 Written by Sarah Mawson
American and Canadian Studies student
Published at 09:00 on 12 July 2021
Images by @MeetMeAtTheAltar on Facebook

By the time the three and a half minutes of ‘Feel A Thing’ have come to a close I feel reassured not only that the pop punk renaissance is well underway, but also that it is in capable hands. Such feeling accompanies most of Meet Me @ The Altar’s music, a young trio with a limited discography but seemingly endless energy and heart. It would be easy to compare lead singer Edith Johnson to Hayley Williams as a front-woman of a pop punk band, but the truth is that – aside from the immense talent they share – Johnson and their bandmates (Téa Campbell and Ada Juarez) are entirely unique.

From the pixelated, arcade-machine-sounding introduction of the track it is clear that Meet Me @ The Altar have their own ideas for the path they want to carve in pop punk. It’s an engaging start that easily attracts attention before the 8-bit rhythm transfers to drums with a crash and creates an atmosphere that matches the theme of the song: the fast-paced panic of daily life.

The message in the lyrics is clear as Johnson sings about the confusion and complacency that is intertwined with being young; the feeling of trying and failing to catch up with a world that’s “moving too fast,” running without aim and a heart that’s “vacant.” There is a juxtaposition in this lost lust love life when it’s paired with Johnson’s voice, something full of vigour and clarity. Her skill is evident in both her vocal range and volume control, shifting from belting to employing softer tones, the latter working particularly well in the bridge which serves as the perfect moment of quiet before the final chorus.

The song ends how it lived: abruptly after a short and hasty drum sequence, the only remnant being a barely-there echo of the final line that encapsulates the primary theme of numbness in the song, “how could I notice / if it all feels the same?” The depth, vitality, and passion Meet Me @ The Altar exhibit in ‘Feel A Thing’ is sure to extend throughout their next project, Model Citizen, which is released on August 13th and promises to be a marvellous record.

‘Feel A Thing’ is available now via Fueled By Ramen