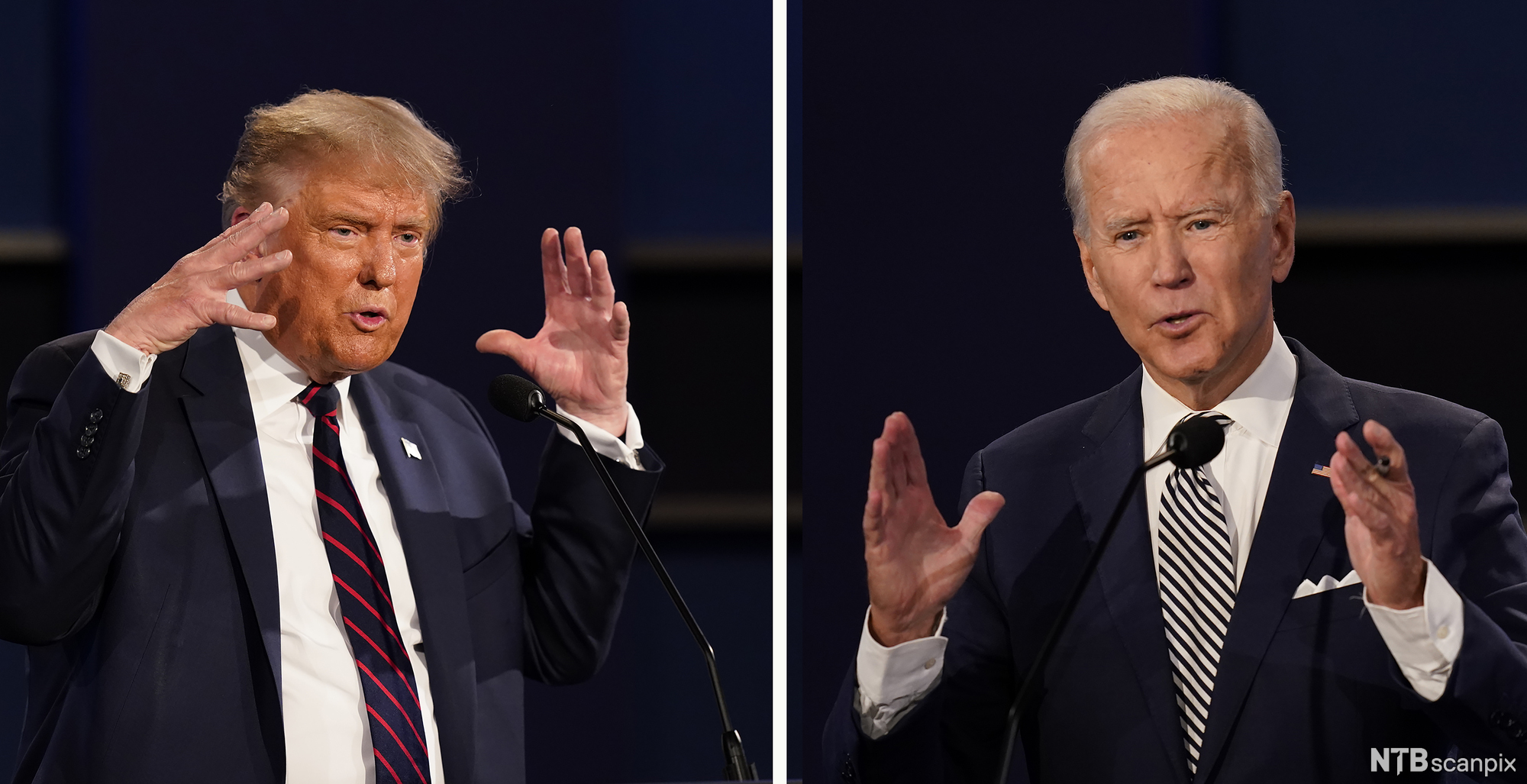 There was nothing “Presidential” about the first US Presidential Debate. ‘Childish’, ‘gruelling’ and an ‘unwatchable fever dream’ were just some of the words used to describe the shambles that unfolded. Held a month before the US Presidential Election, the eyes of the world were on the US to watch the debate unfold. It was an embarrassing disaster; insults were thrown and childish behaviour dominated the night.

The chaos during the debate was criticised in the US and around the world. Two more presidential debates are scheduled with plans for new measures to be implemented in a bid to keep it more civil. This could include muting the candidates’ microphones if they try and interrupt each other.

On a similar vein as to his debate with Clinton in 2016, Trump’s continual interruption of Biden stood out throughout the debate. It was reported that Trump interrupted Biden 73 times. After all the interruptions Biden finally snapped, ‘Will you shut up, man?’

An aspect of the debate that shocked many was Trump’s refusal to condemn white supremacists. He even went so far as to say that the Proud Boys, a far-right, anti-immigrant, all-male, violent group, should ‘stand by’ which the group later celebrated and took as an endorsement.

Unsurprisingly, there were many lies throughout the exchange which the BBC later factchecked. This does not seem to matter. If a politician says something, people believe it. It seems that, providing you repeat something enough, it becomes fact.

Whilst Biden did appear to be the more controlled candidate he did retort in places, most notably declaring that Trump was the ‘worst President America has ever had’. However, what I think Biden did well, was to speak to the camera. This allowed him to speak directly to the American people. Trump, on the other hand, focused his energy on Biden, meaning he may not have connected as well with the US voters. This should help to rally support for Biden.

But who won? Without a doubt, it was not the US people. The debate was a hugely embarrassing event, not only for those involved, but for America as a whole. Polls following the debate have shown that Biden ‘won’. This small victory is tainted when considering the 2016 debates with Trump and Clinton; the polls showed that Clinton ‘won’ although this was not the final election result. This begs the question: will the same occur this year?

Will the presidential debates make a difference to the result of the US election? It is difficult to tell. Whilst the general consensus is that Trump appeared badly, with childish behaviour, aggression and a blatant disregard for civility, this seems to be a draw for Trump’s supporters. They see him as anti-establishment (despite being a billionaire!) and protecting the little guy. His supporters seem to love his utter disrespect and unconventional destruction of ‘normal’ political behaviour.

Whether this will be enough for Trump to win remains to be seen. Trump will have to win over undecided voters and voters who do not affiliate themselves strongly with either party. Perhaps this debate will just serve to alienate them. Similarly, some opinion polls have said that as many as 90% of Americans have already decided who to vote for, meaning the debate could have little influence over who wins the election.

The path ahead looks fraught with danger. If Trump wins, that means another four years of progress down the drain, with potentially long-lasting effects, for example, with Supreme Court nominations. If Biden wins, Trump has threatened to not accept the result.  Not only is that a disgrace for democracy but it is potentially very dangerous. I imagine violence would break out across the country fuelled by Trump himself and the US would further be split ideologically in half. It seems the US is doomed either way.

Whilst this presidential debate was fascinating to watch and almost had a reality TV aspect to it, I found it painful and disappointing. This is a race for arguably the most important and powerful position in the world and yet it ended up a petty fight. There was very little politics discussed as the debate placed more emphasis on trading insults.

Did you enjoy this article? Read more from Comment on US politics