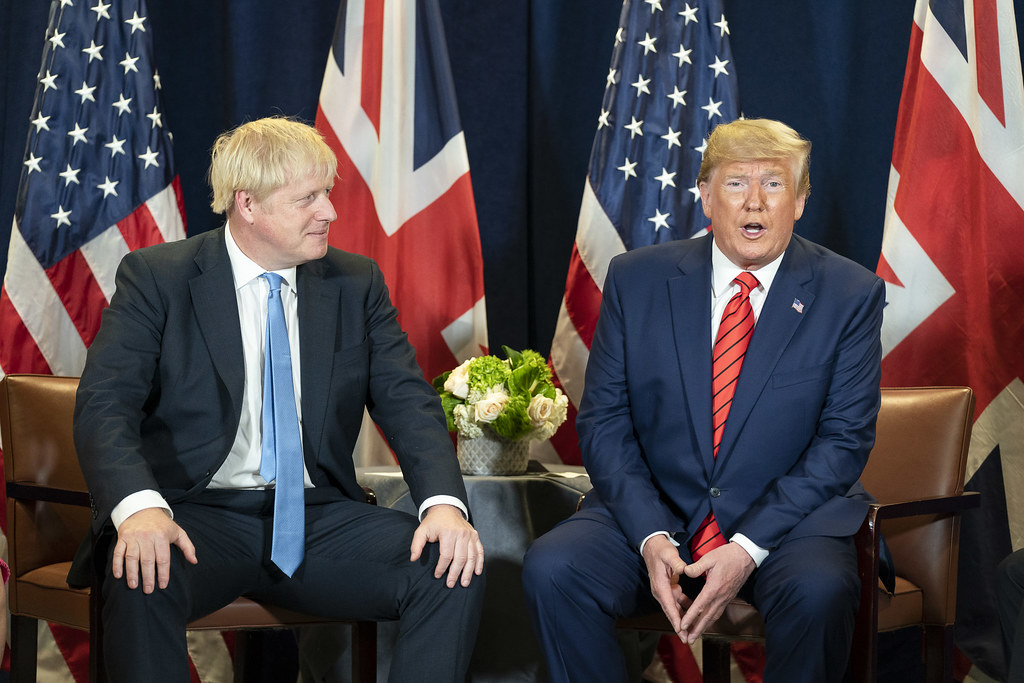 Comment Writer Colette Fountain suggests that Britons are wrong to dismiss US politics as irrelevant, exploring the reasons why this is the case

In the run up to what could be one of the most significant American elections in recent history, it seems that the UK news is being flooded with information about the candidates, polls and debates. According to a 2017 poll by the Pew Research Center, 65% of Britons said that they closely follow US news. While there is a temptation to dismiss any international news as irrelevant to the way our own country is run and functions, there are various reasons why Britons should consume international, and particularly US, news.

One of the reasons why this election is particularly important to Britons is because of the issues it raises regarding democracy. Following the 2016 election there have been countless allegations about the extent to which democracy was maintained – usually concluding that it was not. There were various ways that the 2016 election failed to fulfil democracy, one of which was through manipulation of voters with restrictions on polling stations and issues with voter registration, particularly in traditionally Democratic areas. In addition to this there were multiple allegations made against Trump regarding collusion with Russia, coming to a head in his infamous impeachment trial.

However, to an extent these issues are relatively limited to just America – where it gets more problematic for Britons is with the Cambridge Analytica scandal in which a whistleblower revealed that Facebook had sold around 50 million people’s data to 3rd parties in order to identify potential swing voters. Once uncertain voters were identified, they were then targeted with ads for right-wing campaigns such as pro-Trump, Boris Johnson or Brexit campaigns in the hopes of subconsciously convincing them to vote. This is obviously a hugely oversimplified version of events; Netflix’s The Great Hack is very informative and highlights just how severe the data breaches were and the effect this potentially had on the election results. Following the revelation of this data breach, Mark Zuckerberg was brought to testify before Congress where he denied that a data breach occurred: technically ‘no systems were infiltrated, and no passwords or sensitive pieces of information were stolen or hacked.’ He then pledged to ensure the security of Facebook users. Despite the massive backlash following the scandal, many people are still not convinced that Facebook has changed in any significant ways. Facebook recently revealed that they are planning on banning all political ads on November 3rd, after the polls close for the election, confirming people’s fears that once again Facebook could undermine democracy. This is relevant to the UK because if democracy is once again under threat in the US, it does not offer a particularly optimistic future for the state of democracy worldwide, meaning we too could face an unfair election.

Another reason for Britons to be concerned with the US election is because local politics inevitably impacts global politics, whether that be through international relations or simply with leadership elections. In the years since Trump’s election, politics have undeniably shifted right as more dictators seem to be elected across the world. While this is not necessarily a direct result of Trump’s election and instead relies on a vast range of factors, it certainly is not being prevented by Trump, who seems to routinely praise dictators and their governing style.

One of the most extreme examples is Brazil’s President Jair Bolsonaro who was elected in January 2019 and is very right wing and pro-military, ideologies which Trump himself holds. Bolsonaro has made incredibly sexist and homophobic comments, describing the birth of his daughter as a ‘moment of weakness’ and that ‘if [he sees] two men kissing each other on the street, [he’ll] beat them up,’ quotes which worryingly mirror Trump’s own views on women and the LGBTQIA+ community. Again, while Trump is not directly responsible for Bolsonaro’s election, his unwavering support for dictators and general ideologies help shift international politics towards the right making it more likely for other countries to elect politicians with similar belief systems to Trump. Throughout his presidency, Trump has very publicly demonstrated his good relations with both Putin and Kim Jong Un, in stark contrast to his relations with more left-wing leaders like Jacinda Ardern who he rarely addresses – they only met for the first time in September 2019. Typically, international relations are improved if leaders have similar viewpoints and ideologies, therefore if Trump is re-elected it arguably raises the chances that leaders like Boris Johnson will also be re-elected in order to try and maintain some semblance of positive relations between world powers. Essentially, whether Trump gets re-elected will have a direct impact on the future of our own politics, as well as politics around the world.

While it is easy to dismiss the importance of US news and politics in Britain because it simply does not affect us, in reality this is not the case. Everything happening in America or around the world either directly or indirectly has an impact on the future of British and global politics, whether that be through threat to democracy or the future of our leadership. So now, more than ever, Britons need to care about international news because it is their future at stake too.