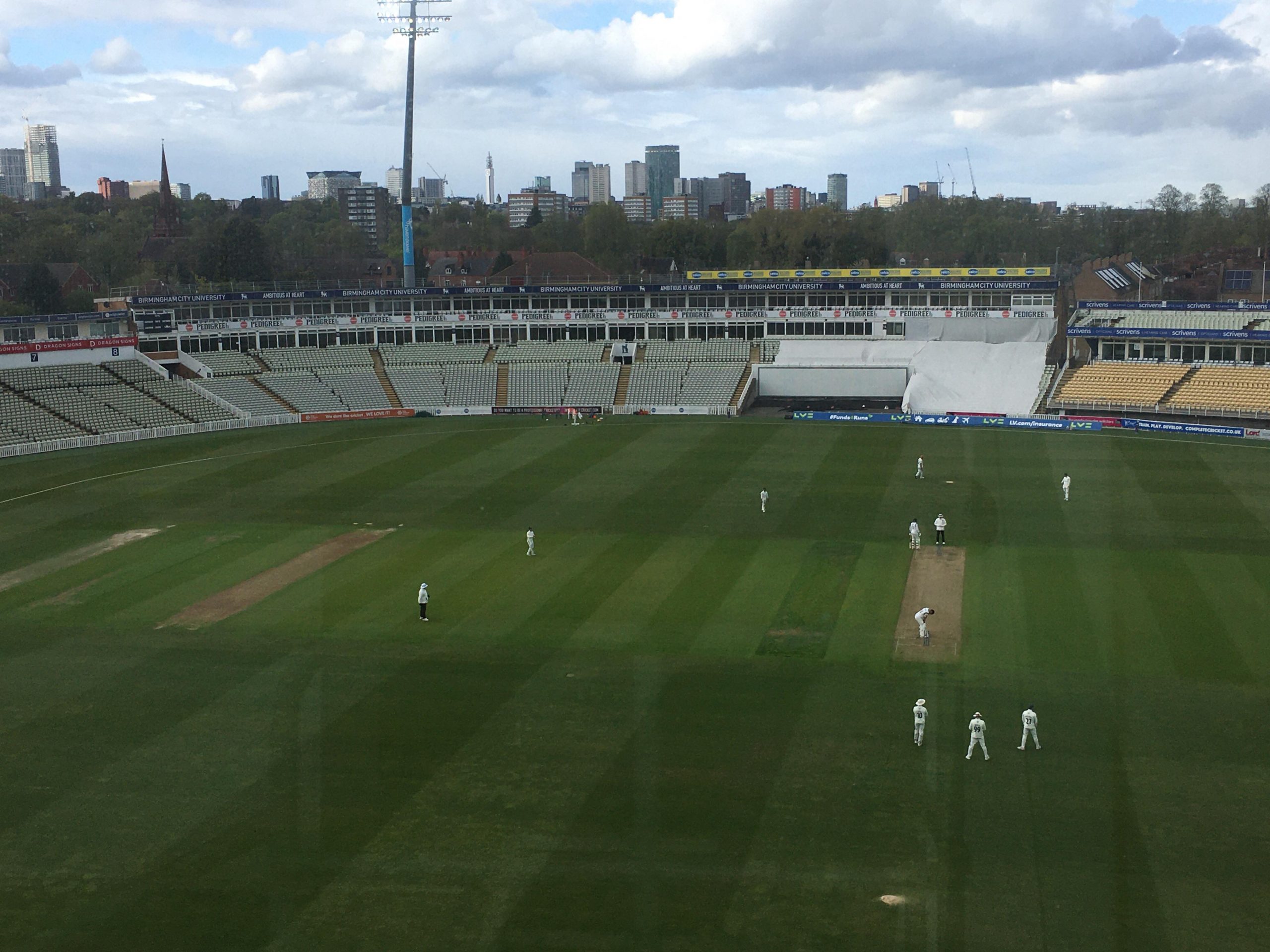 The university student held the Bears’ innings together on a competitive day at Edgbaston.

Seamer Josh Tongue made his first appearance of the season for Worcestershire.

Joe Leach’s decision to bowl first was rewarded when he forced his counterpart Will Rhodes to nick behind for 10.

But Malan and Yates rallied the Bears. The South African looked confident off the back foot, punishing the bowlers with a pull shot whenever possible. Meanwhile, Yates played multiple gorgeous drives down the ground, which was a trademark of his spectacular century against Essex two weeks ago.

They reached lunch on 95-1, but on the fifth ball after the break Malan, on 32, left an inswinger from Ed Barnard that crashed into his stumps. Sam Hain was dismissed in a similarly disappointing way, being bowled round his legs for eight by Brett D’Oliveira. The leg-spinner bowled excellently to stifle Warwickshire’s scoring throughout.

This fall in the scoring rate as well as the wickets of Malan, Hain, and Matt Lamb – who Leach dismissed caught behind for 11 – reflected a much-improved bowling performance after lunch. Aside from Leach, Worcestershire’s seamers failed to find any consistent length in the morning.

The final half-hour of the afternoon session saw Yates and Michael Burgess move the score steadily along to put pressure back on the bowlers, which they continued after tea in a passage that saw Yates reach his hundred.

In contrast to the morning, almost every run Yates scored in the afternoon session was played off his legs, as the Warwickshire academy product showed class and composure beyond his years. He was eventually caught behind off D’Oliveira.

Credit must also go to Burgess (65*), who scored his first half-century and helped to relieve pressure with numerous eye-catching shots.

Bresnan (20) and Stone (0) were dismissed shortly before the close of an intriguing day that Warwickshire will feel marginally happier about.

‘It was good fun to bat, I felt in rhythm,’ Yates told the media at close. ‘That Essex innings gave me belief.’

The 21-year-old is not exempt from the deadlines facing all students at the moment. He has an essay due next week on why gorillas beat their chests.

‘I’m about halfway through! But I’ll do a bit tomorrow or maybe Saturday. I didn’t do anything on it last night though.’