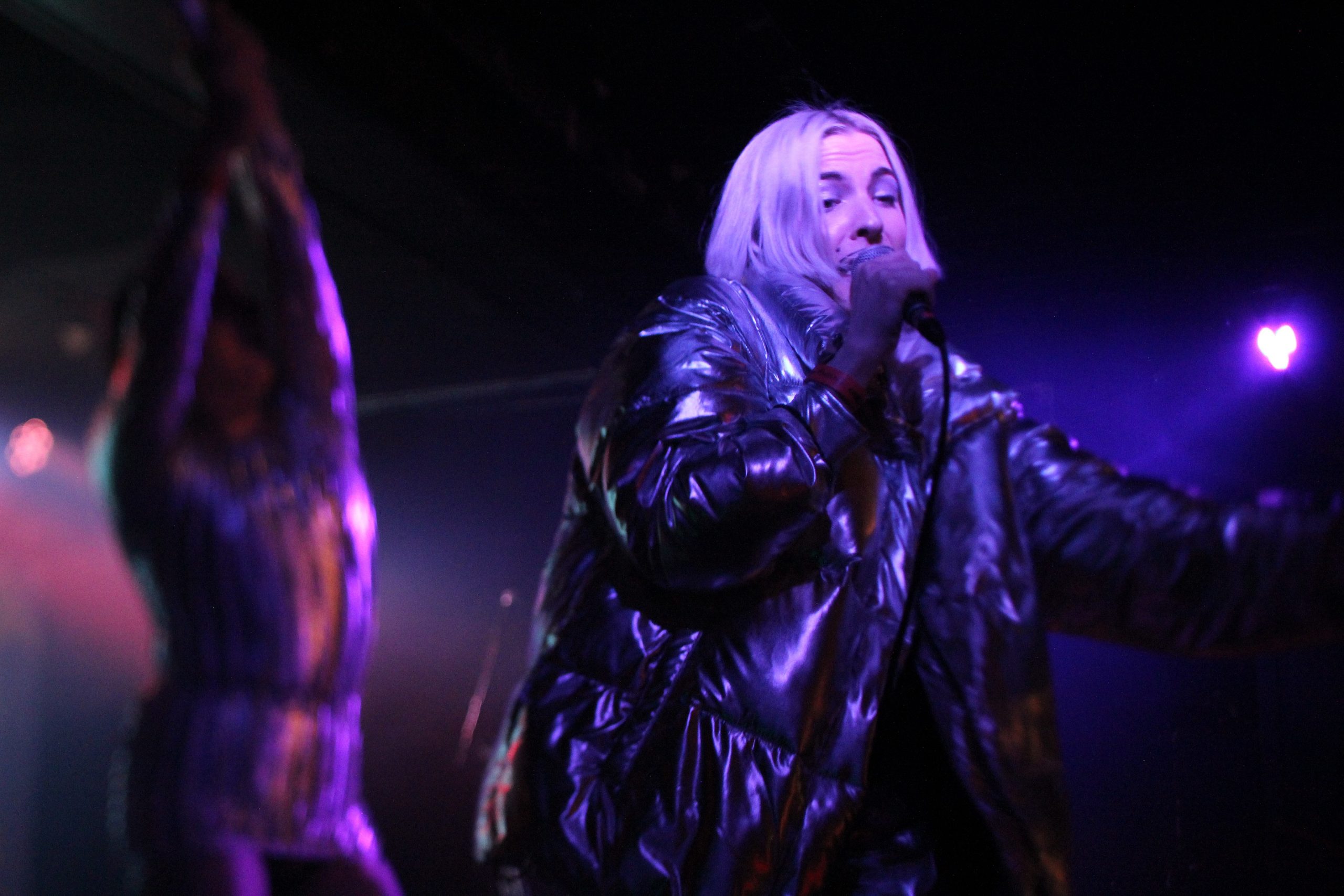 Music Critic Raphael Kalid reviews the new album from Dorian Electra, My Agenda, describing it as experimental but with an endearingly inclusive message

My Agenda is the follow up album to hyperpop artist Dorian Electra’s excellent self-released debut Flamboyant released last year. For the uninitiated, hyperpop is a term attached to the PC Music record label founded in the early 2010s. It takes pop cliches to absurd extremes and has been most popularly adopted in the mainstream by Charli XCX whose artistic director A. G. Cook founded the label. The genre has evolved since its early days and on Flamboyant, Dorian Electra fell on the catchier end of the spectrum. Their spotless sonic palette and lyrical gender deconstruction situated them firmly as one of the flagbearers of the accelerationist pop movement. On My Agenda, Dorian Electra has become even more experimental and while there are still plenty of hooks, Flamboyant ends up looking conservative in comparison.

Dorian Electra packs an absurd number of genres into a concise 31 minutes with gleeful abandon. Deconstructed club, bubble gum bass and heavy metal are just a few clear influences that make an appearance, often within the same track. The experimentation is apparent right from the outset. ‘F The World’’s theatrical intro makes way for a breakneck kick drum beat, faster and more aggressive than anything heard on Flamboyant. The title track ‘My Agenda’ changes things up straight away with a more relaxed trap beat and almost stadium rock chorus. Dramatic guitar stabs punctuate Electra’s snarls; ‘My agenda / Might offend ya / Out here flexing in my / Rainbow suspenders.’ ‘Gentleman’ pairs a baroque flute intro with an almost comically rudimental sax riff while Gregorian chant kicks off ‘Monk Mode (Interlude)’ before dubstep and screamo vocals end out the track. ‘Barbie Boy’ is perhaps the most similar to old school PC Music with its catchy, saccharine vocals delivered over trance chord stabs and a typically twisted bridge where the sweetness turns sour.

This genre hopping is irreverent and expertly done. The busier and more multi-phased tracks are interspersed with the more melodic such as ‘Sorry Bro (I Love You)’ so the madness never becomes exhausting. While the album as a whole is less catchy than Flamboyant, Electra’s knack for pop song writing is still showcased on tracks like ‘Barbie Boy’ and ‘Give Great Thanks’ where their vocals are given more space in the mix. Some tracks are slightly too irreverent, however, to feel completely satisfying, in particular ‘Monk Mode (Interlude).’ Occasionally the shortness of the tracks ends up preventing the listener from latching on to one element before they are thrown into another section. But repeat listens uncover a plethora of great hooks buried amongst the chaos and the production is consistently fantastic. The whole album is littered with typical hyperpop sonic debris that sound like a computer being torn apart, and the metallic snares and dubstep screeches and wubs are delightfully obnoxious.

The album’s frenzied direction appropriately reflects Electra’s lyrics which enter darker terrain than their debut. While Electra again explores gender identity and toxic masculinity, they now more explicitly address online culture and the rise of the alt right. ‘F the World’ is written from the perspective of an incel (‘F the world ’cause I’m ugly / F the world, you don’t love me’) while ‘Edgelord’ takes aim at internet trolls. The latter includes a verse from Rebecca Black, one of the many artists featured on the album, which is particularly impactful as Black herself was a victim of online abuse after she released the single ‘Friday’ when she was just a teenager. Also notably, on ‘My Agenda’ Electra brings together Pussy Riot and the Village People, an example of Electra showcasing examples of queerness from both the fringe and the mainstream respectively. The features work surprisingly well and there is a bizarre thrill in hearing the Village People’s disco friendly vocals sound demonic on the chorus.

As with their ruff on Flamboyant, Dorian Electra returns to a medieval aesthetic on the My Agenda cover, wielding a sword as though from a fantasy video game. The aesthetic belonging to a traditionally male dominated culture is repurposed through a queer lens to great effect. ‘Gentleman’ and ‘M’lady,’ with their baroque intros, playfully undermine traditional gender expectations. On ‘Gentleman,’ Electra sings as a humorously hyperbolic paradigm of male chivalry as ‘the last living gentleman’ invites us to take their ‘gentle hand / off to a gentle land.’ ‘M’Lady’ exposes the contradictions laden within the traditional expectations of women to be both ‘sexy’ and ‘pure.’ The track’s title, a reference to an internet meme, is a great example of Electra’s willingness to engage with internet culture in a way that feels refreshingly relevant and never gimmicky.

However, Electra does not simply criticise these spaces of toxic masculinity without championing an alternative. ‘Sorry Bro (I Love You),’ one of the more instantly catchy moments on the album, celebrates masculine vulnerability in a similar way to Flamboyant’s ‘Man To Man.’ The sincere wholesomeness of lines like, ‘Sorry bro I’m thinkin’ of you / I don’t wanna bug you / But sorry bro, I love you’ make it the auditory equivalent of the buff guys help out nerdy kid meme. ‘Give Great Thanks’ is a fantastic album closer and, while restrained, is perhaps the most cutting track on the album. The lyrics are unsettlingly ambiguous as Electra repeatedly expresses gratitude, even for ‘The way that you’re choking my neck / And not letting me breathe.’ Beautiful harmonies and reverb washed keys make the track sound triumphant, and so we are left wondering whether Electra is referring to some masochistic relationship or expressing snarling but genuine gratitude for some metaphorical pain.

The utter madness of My Agenda’s genre hops, while excellently handled, still make for a much less easy listen than Flamboyant’s melodicism. However, its more manic tone is perhaps fitting for the more political subject matter. On ‘Ram It Down,’ Electra responds to the common and superficially tolerant argument, ‘Love who you want / But just don’t ram it down my throat’ by repeatedly screaming, ‘Ram it down! Ram it down!’ It is perhaps fitting then that this time there is no chance of Electra’s political message being inoculated by catchy hooks. Yet while, as the title only half-jokingly implies, Electra does not shy away from giving us her ‘agenda.’ It is one that is endearingly inclusive and most importantly, fun. While some tracks are simply too irreverent to be fully gratifying, Dorian Electra’s clever lyrics and bold, ‘more is more’ production make this an excellent release.

My Agenda is available now via Dorian Electra