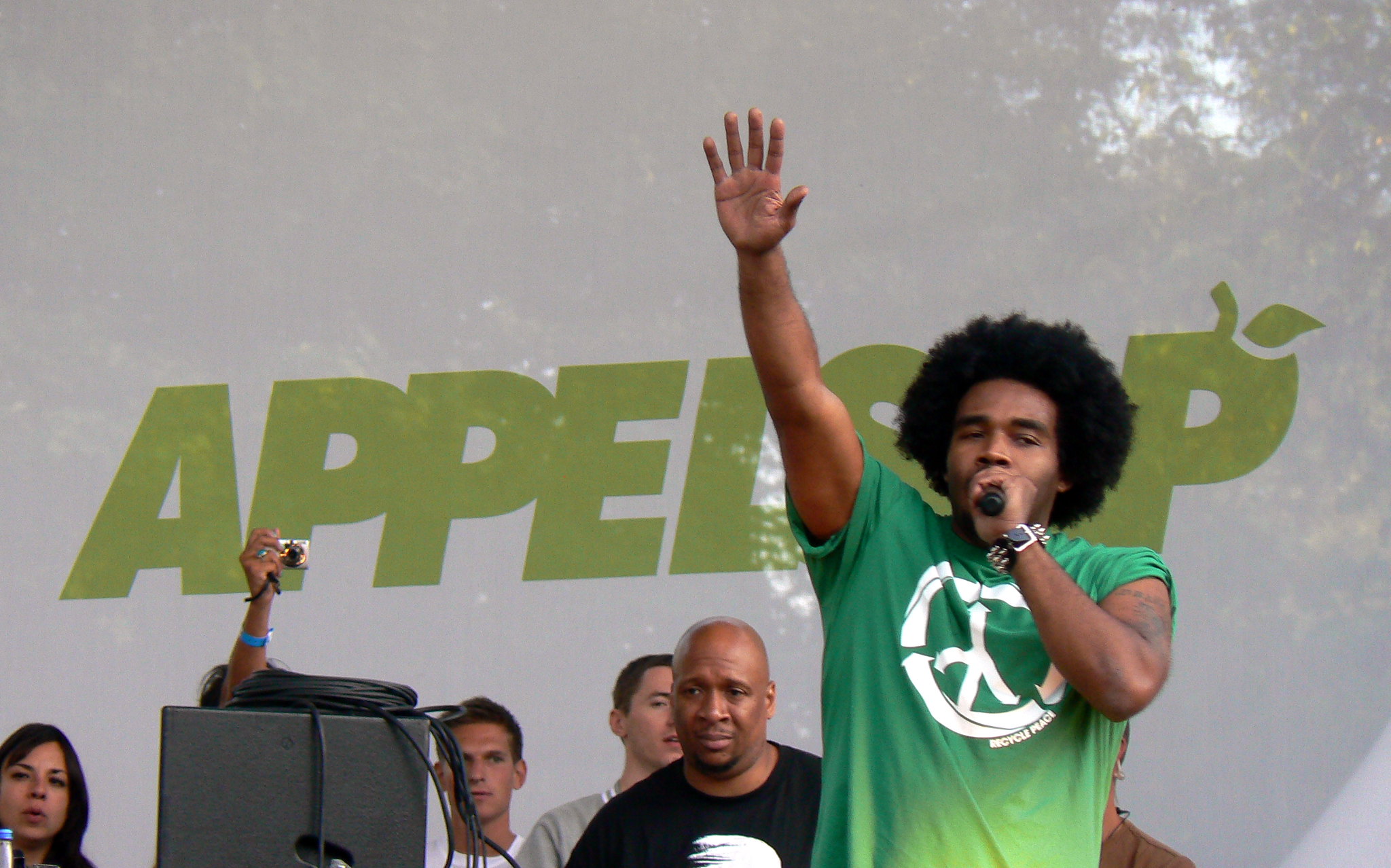 Music Critic Ben Forsdick reviews the collaboration between rapper Pharoahe Monch and band Th1rt3en which despite being a good concept, fails to live up to expectations

Written by Ben Forsdick
Published at 13:00 on 22 February 2021
Images by Maarten van Maanen

Pharoahe Monch’s sporadic solo releases over the last twenty years have done little to inspire much conversation. The New York hip-hop veteran’s name is still almost exclusively attached to his years as one half of Organized Konfusion, one of the East Coast’s wilder musical projects from the late ‘90s. Despite the spottiness of Pharoahe Monch’s releases since the turn of the century, his name still carries weight. Any new release is going to attract attention; but there was particular reason to anticipate his newest project. Th1rt3en is a new trio fronted by the rap legend, with an aesthetic that owes as much to the occult as the music of Backxwash does, while sonically possessing the cinematic qualities of a group like Clipping. At least, this was what the single ‘Cult 45’ suggested. The track was an outstanding release and stands as this album’s eerie opener, during which Pharoahe Monch speaks vitriolically of Donald Trump and his supporters. These references to the links between politics and violence are genuinely frightening, yet the bleakly carved out instrumental and vocals combine perfectly into a creative and entertaining track. With this single already under the group’s name, there was great potential in this new record. Furthermore, with Pharoahe Monch’s history of delightfully verbose lyrics and bold instrumentals, I personally had my fingers crossed for something special from this record.

Now that the record has arrived, it occupies a unique position. Fundamentally, in attempting a rap/rock crossover, Pharoahe Monch has undertaken a worthwhile venture. Sadly, the execution of this record’s ideas is at best a cliché and at worst baffling. Put bluntly, this release did not live up to that single and it is a great shame. Frustratingly, within this album there are glimpses of what could have been. Take, for example, ‘Triskaidekaphobia,’ a track sung from the point of view of the number 13. It is a bizarre concept, but it works surprisingly well. The beat is sparse, the vocals are aggressive, the track is frightening, nasty and everything you could expect. There is also some clever wordplay about how this album’s music samples the devil; a reference to this record’s borrowing and re-editing of heavy metal samples, such as the Black Sabbath ‘Hand of Doom’ riff heard on ‘666 (three six word stories).’ There is no question that ‘Triskaidekaphobia’ and ‘Cult 45’ are solid tracks. Resultantly, their presence makes the rest of this record all the more head-scratching.

For the bulk of this album’s runtime, the instrumentals sound like the type of average rock performances that every early 2000s alternative rock and metal band were churning out. A lot of these songs function as if they will eventually build up to something but peter out before the opportunity arrives. One of the worst offending of these hard rock instrumentals comes in the form of the sludgy guitar riffs on ‘Goat’s Head,’ where the guitars sound like they are drunkenly stumbling through the song in a desperate attempt to keep up the pace. This album is sonically at its most interesting when it branches away from traditional rock instrumentation, like on that opening track with its thick and unsettling woodwind. However, even this does not always go according to plan. The record’s closer ‘Kill Kill Kill’ is inexplicably inhabited by a Doctor Who style synth line that could not sound any more out of place if it tried. Even more out of place, within the context of this record, is the track which precedes this. ‘Amnesia’ sounds like no other song on this album. It is closer to something Open Mike Eagle would release, with a more lyrically introspective tone. The opening bars detail Pharoahe Monch waking up to a nurse who informs him that he is in ICU. His response is that he sees her too. It’s a play on words. I’m not going to go into any more detail about that one.

Then there is the track ‘The Magician’ where Pharoahe Monch flexes his Eminem style flows in a song that deals with the difficult topic of a school shooting. It is an admirable subject to take on and a genuine problem faced by American society; but the severity of this issue does not translate. The track is not shocking in the way it ought to be and comes across as rather flat as a result. Perhaps more successful is the track ‘Fight’ with fellow hip-hop veteran B-Real sharing verses. While it is another tedious nu-metal instrumental, it is also another difficult topic being commented on in the lyrics, namely that of police brutality; and the handling of this challenging subject matter is significantly improved, with B-Real damningly stating how a police officer ‘shoots [their] blood with testosterone/just to follow that American code.’ Furthermore, credit should also go to the song ‘Racist.’ While the vocals mostly consist of these rather off-putting angry whispers, it is another example of a difficult topic being handled with the maturity it deserves.

Despite some of the previously mentioned flaws on this record, it is the lyrics that are most confounding of all. On the song ‘Goat’s Head’, while responding to those who say Pharoahe Monch swears too much, he rather poetically tells them to ‘shut the f*** up.’ Maybe this was supposed to be tongue-in-cheek, but it comes across as juvenile and actually quite pointless. Sadly, these bars are nothing short of a warmup for disastrous moments on the track ‘Scarecrow,’ where Pharoahe Monch shouts the names of characters from The Wizard of Oz, because nothing quite gets the blood pumping like the lyric ‘Scarecrow, Tinman, Lion, Toto.’ It is funny too because the lack of discernible subject matter in this song means I have very little idea as to what the song is supposed to be about? Following the yellow brick road to a fame that is less than desirable is the closest estimate I can make; but conclusions are hard to reach when most of the lyrics are just a series of Wizard of Oz references.

Towards the end of the tracklist, there is the song ‘The Exorcist,’ which is a well thought through and polished return to the quality with which the album opens. Indeed, these moments of quality are scattered across this record. Pharoahe Monch maybe could have stayed with these tracks and fleshed them out into a full record, or even just an EP? The reason for saying this is that there is good music to be found on this album. Yet ultimately, this project fell apart, which is heart-breaking for a record that could have been so great. That being said, it is not completely unworthy. Pharoahe Monch making a rock album is not a bad idea. Of all the rappers who could have attempted such a crossover, he is certainly someone who has the talent and creativity to make it work. But reality has not been kind to what may at first have sounded like a compelling idea.