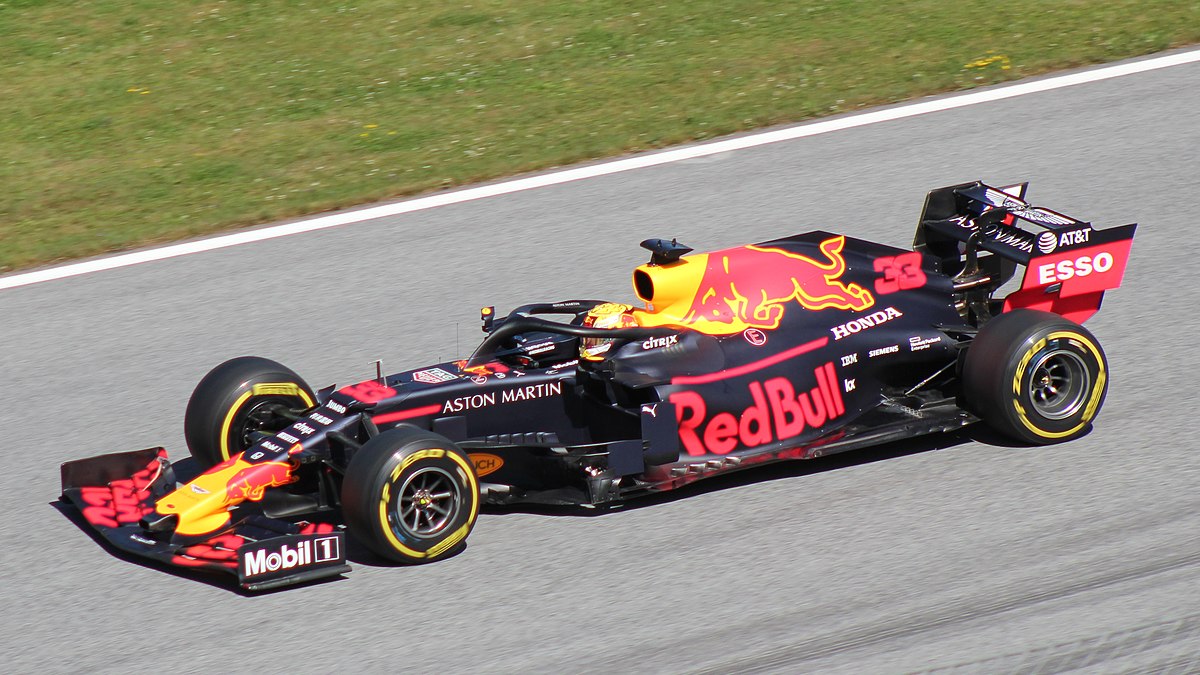 Which teams will be racing in style in 2021? Find out in Gaming Editor Kyle Moffat’s ranking of each Formula 1 car’s livery

Now that the season is underway and my rankings of the drivers and constructors complete, it is time to analyse the truly important part of a Formula 1 car: the design. Having seen each livery on the track, some look stunning, while some are quite disappointing. Let’s countdown these 10 liveries from (in my opinion) worst to best.

I was expecting so much more from the famous Italian constructor, but here we are. Ferrari are the best F1 team of all time, so they should have a livery to match their prestige. Unfortunately, it has not changed significantly from 2020, which was average at best. Somehow, the livery has got worse.

First, let us introduce the elephant in the room, and that is the green Mission logo on the sides of the car. Of all colours you can combine with red, green is not a clever choice. Luckily, it is likely that this unsightly logo will be removed after several races. Elsewhere, I want and expect some white on a Ferrari livery. Just a touch of white on the front and rear wings would be a real improvement. Finally, the burgundy fade at the back of the car does not work for me. It seems out of place and unnecessary. A powerful line-up of Charles Leclerc and Carlos Sainz Jr. deserve better than this.

I really want to like this livery, but I am just unsure. The innovation is appreciated, showing that the team want to stand out. However, I feel as though it stands out for the wrong reasons. On the sides, I am not a fan of the light and dark blue combination. Alternatively, a flat dark blue with some white sponsors would look nicer. To be honest, the white front does not feel like it belongs on this car. It looks peculiar and out of place due to the way the white cuts off so suddenly. Now, I know that this livery takes influence from the classic Williams cars, but so much more could have been done to convey the liveries of old onto the modern F1 car. I am disappointed, but at least they mixed it up, unlike Ferrari.

Back out for more this afternoon 🔜 pic.twitter.com/jQScNLsDcq

This was so close to being a good livery; it hurts that they have ruined it. Let’s start with the positives. I prefer the black to the silver on the silver arrows livery. In addition, the light blue looks slick, combining well and standing out for the right reasons. Also, I can appreciate the red splashed around on the front wing, the number and on the car’s top. What ruins the car is the back, and the hideous AMG logo. We know that AMG is a key sponsor for Mercedes, but this looks overwhelming and would be better as one big logo. It is a shame it could have been near the top of my list. What is even worse is that this car will likely have the most screen time.

From here onwards, I like all the liveries. After the same balance of orange and blue from the 2018 season, it would have been nice to see McLaren mix it up just a bit. Experiment with colours to work with orange; change the pattern, anything. The additional touches of blue do help, such as on the nose to make it look slimmer and the orange halo blends in more effectively. I appreciate maintaining the rainbow and I think it is done in an effective and subtle way that aids to the design. Despite wanting a bit more creativity, this McLaren livery is good enough.

Out of the several blue liveries this season, the AlphaTauri ranks just in the bottom half. I like it, but for different reasons to the 2020 livery. Instead of white, navy blue is what you see mainly from the front or top. Personally, especially due to the number of blue cars this year, I would have preferred white, even if there are several other white cars. Unfortunately, I am not the biggest fan of this shade or the real lack of detail from the top. However, this offers AlphaTauri the chance to look better from the sides, which it really does. Finally, I think the AlphaTauri logo is now better placed. This is because of the decision to swap the name and logo around on the sides. Dropping the logo and just having ‘AlphaTauri’ on the rear wing also looks much slicker.

how good are white rims? 🔥 pic.twitter.com/nALIGHGnDI

Despite the ostentatious and controversial placements of the Russian flag, I think this livery from Haas is decent, though the 2020 version looked better. White is used as a base which is always a win, but the red and blue add more personality to the car. From the top the livery looks clean, especially the nose and front wing; blue, white, and red all combine well. It looks slightly strange from the side (partially due to the obvious Russian flags) but, all things considered, I can appreciate the design.

We all know by now that Red Bull hardly ever change their livery. Then again, why would you fix something if it is not broken? Red Bull have adopted this policy, as there are few changes from their 2020 livery. The one thing that looks different (and for the better) is the thinner nose and I think it makes the car look nicer, even if it is more the nose’s design than the livery.

As expected, navy blue, red and yellow all come together in carefully crafted fashion. Red Bull’s logo on the side is as prominent as ever, but it works. Perhaps it can become one of the all-time iconic liveries, such as the classic McLaren cars of the 1980s and 1990s.

With the colour pallet on the track reduced due to no more pink or yellow liveries, seeing green again allows a welcome change. The livery is simple but effective, and that is the main point. Perhaps in the next few seasons they can truly experiment with the livery, but Aston Martin have a solid design for 2021. Metallic green really works here, and they have chosen the correct shade for the base. I am also surprised at how good the thin pink lines work across the car. They prevent the car looking too plain and, overall, I am pleased with this admirable livery. Let’s hope that Lance Stroll and Sebastien Vettel can have some great results to give this car as much screen time as possible.

You thought it was all over… it wasn’t. 😅

Like with Aston Martin, it was important for the former Renault team to make a good first impression. Alpine have certainly made their mark with this livery, and it is beautiful. The shade of blue used for the base is perfect and allows the white and red to stand out. We all know what the reason is for this blue, white, and red combination but I appreciate how it is more subtle than with the Haas livery. Anyway, the white and red are not overused to let the simplicity of the blue base shine. Red and white are mostly used toward the back of the car and the way they combine for the Alpine logo looks somewhat smart. This livery looks like something which a former World Champion should be driving, so I hope that Fernando Alonso can pick up points in style.

Wow, what a livery! Over the past three seasons, Alfa Romeo changed very little, but their design was a fine addition to the grid. Now, Alfa Romeo have the best-looking car! Reversing the red and white on the sides was a fantastic decision to make, as the car looks slicker and smarter. Doing this also means that the Orlen logo no longer looks out of place. It also takes me back to the Vodafone McLaren liveries of the late 2000s and early 2010s.

This Alfa Romeo looks like a fast car, which is the correct feeling to have on a Formula 1 car. If there was anything negative that I could mention, perhaps it would be the number of sponsors, but they help to fill otherwise empty, blank space. It is a shame that the car may not get much screen time, so appreciate every glimpse of it on race weekends.

Like this? Check out the rest of Kyle’s Formula 1 Rankings: