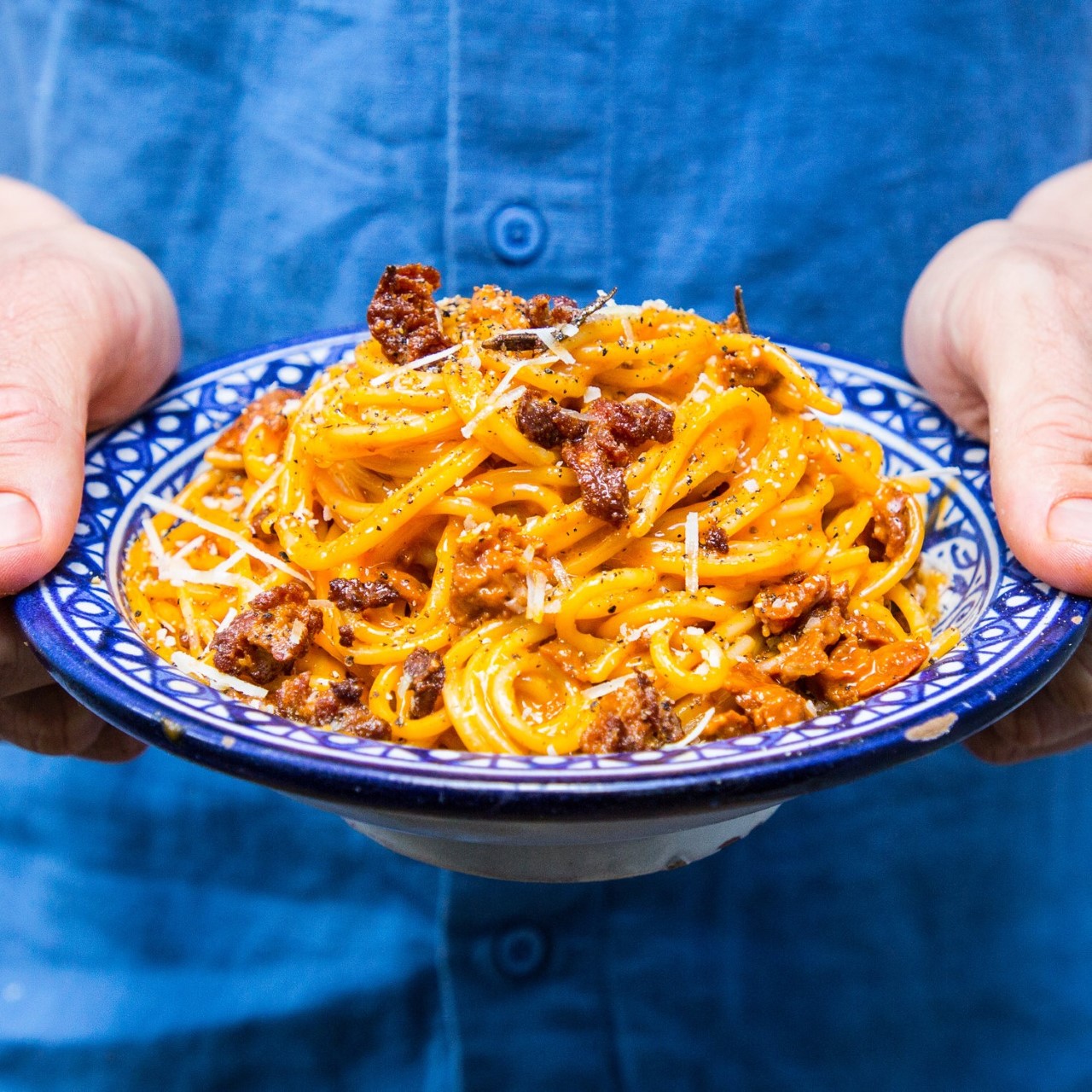 Should You Join the MOB?

Food&Drink Editor Beth Sadler spills the beans on MOB Kitchen, a company with student cooking at its heart, featuring an interview with the company’s founder

It all started with a sweet potato rostï. Bored out of my mind from beans on toast but unwilling to spend my money on a full English, I was desperately in need of some Sunday brunch (and hopefully hangover-reducing) inspiration. As a food fanatic fresher, I didn’t mind cooking, but needed recipes that could be re-created in our extremely basic kitchen, with ingredients I could find in Aldi. A friend recommended I scope out MOB Kitchen: an online platform that uses social media to share affordable, delicious and simple recipes with students. After a quick Google, I came across multiple videos of gorgeous looking dishes that promised to ‘feed four for under a tenner.’ I punted for their ‘Sweet Potato Rostï and a Poached Egg,’ and headed to Aldi, with the hope of achieving the brunch I’d been dreaming of.

It was then that I became a member of the MOB – after creating possibly the best brunch I’d ever made, I started using MOB recipes on a weekly basis. MOB’s aim is to provide students with food recipes they can actually follow. I quickly found that the combination of the online videos (which give an idea as to how the dish might be created), alongside the actual recipe with step by step instruction, allows even the most basic of chefs to nail every single dish. Considering MOB’s inspiration came when Ben Lebus (MOB Kitchen’s founder and director) grew tired of seeing students live off pesto pasta, its whole focus has always been student friendly cooking.

Soon I was cooking up a storm for my flat, who couldn’t believe I was able to make such delicious tasting food. Each recipe comes with a recommended tune which I blasted out, helping to inspire my flat into putting a little more effort into their eating.

I had caught MOB fever, and actually found myself excited to get back from lectures and cook – a thought which many freshers dread.

Also inspiring is the dedication it took Ben Lebus to bring the company to where it is today. After getting a job as Deliveroo driver so he could sneak MOB recipe leaflets into every pizza box, and messaging every Facebook friend he had (even including his Tinder matches) to ask them to check out MOB Kitchen, Ben’s company still hadn’t taken off. Instead of giving up, he decided to up the game on their video filming skills, and soon MOB started to grow. Whilst I’ve learnt a lot about cooking at home from MOB, I’ve also seen the effects of hard work and dedication – something every university student would benefit from. I contacted Ben to find out why his vision for MOB was based around students, and what is in store for the future.

Why did you choose a student based audience?

I set up Mob when I was at university because none of my mates were cooking – everyone around me was settling for basic dishes that lacked any flavour and it just seemed really depressing. There are a lot of recipe books and platforms out there, but I noticed that none were designed specifically for students, and so I aimed for MOB to fill that margin.

What advice would you give to a fresher with no experience in cooking?

Follow MOB! In all seriousness, if you spend even ten minutes looking up some recipes and cooking videos, you’ll realise it’s just so simple. There’s so much content online readily accessible to everyone that it doesn’t have to be difficult.

What is the next step for MOB?

We’ve recently bought a Food Truck that is in the process of being made. If all goes well it’ll be ready by the end of this year, and touring round Unis by January! We’ve also got a range of spice blends coming out, that will also be released early next year – these really are ideal for the lazy fresher. And our third book is being developed, with a focus on 12 Minute dinners: Super-fast recipes for when you just don’t have the time.”

Having just released their ‘Student Hack Sheet’, a free guide available to students nationwide giving tips and tricks on how to smash every meal – MOB Kitchen really is the perfect platform for every fresher. Although they have two cookbooks available to buy, MOB post the majority of their recipes online, allowing you to access everything with just the click of a button. So, next time you’re bored in a lecture, search ‘MOB’s Roasted Pepper and Manchego Mac n Cheese’ and be prepared to salivate. I promise, you’ll never look back…