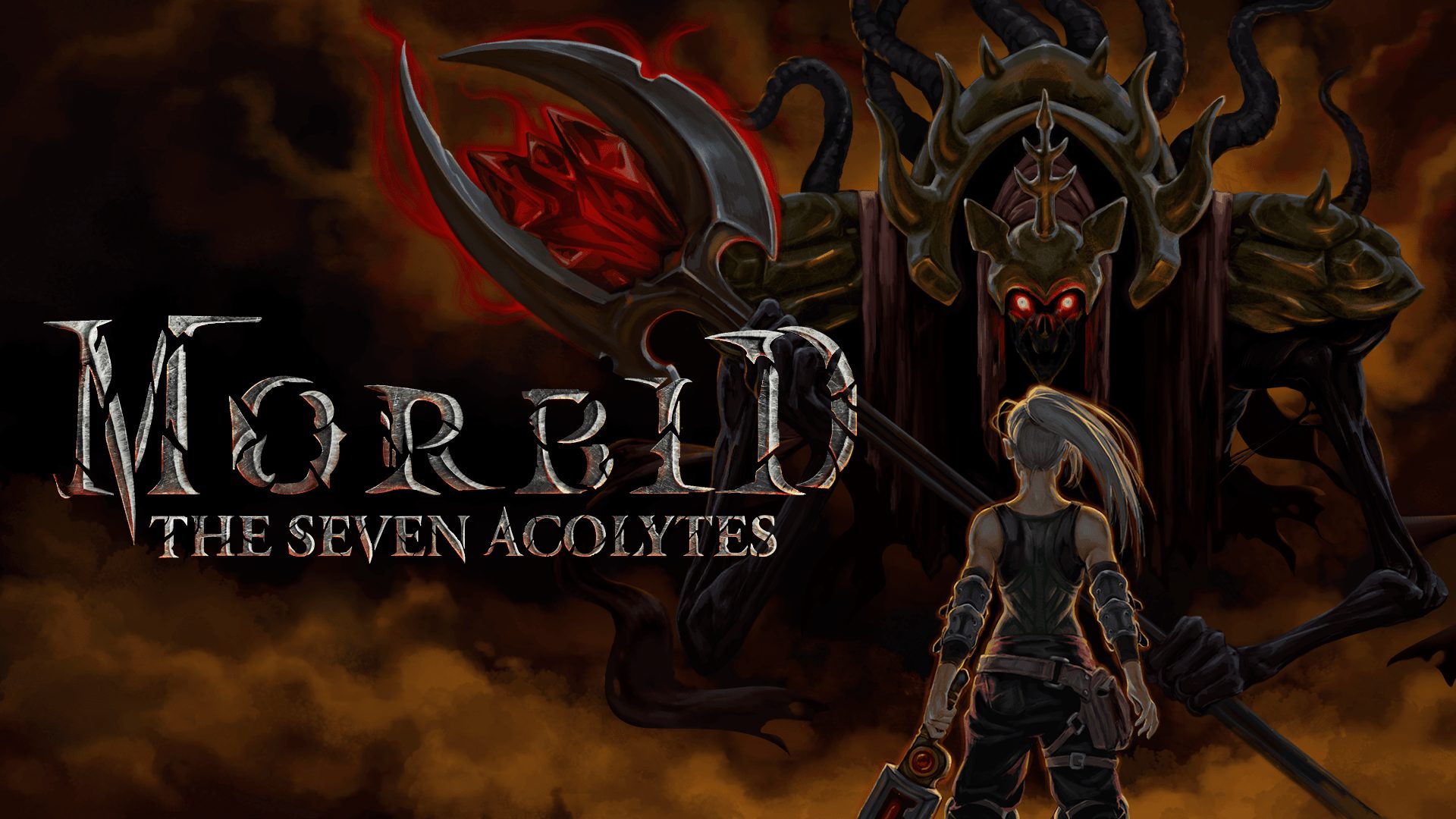 Dash reviews Morbid: The Seven Acolytes from Still Running. Will its grim visage be too much to bear? Or will it leave them asking for More-nia?

Written by Dashiell Wood
A BA English student with far too much to say about videogames both old and new who constantly witters about them on the internet. You can find me here on Redbrick, managing my own publication Arcadeberry.com or contributing my review scores to OpenCritic. You can also find me on Twitter @DashiellWood.
Published at 14:30 on 20 December 2020
Images by Still Running / Merge Games

Taking players to the dark fantasy realm of Mornia, Morbid: The Seven Acolytes is an indie souls-like adventure that manages to be just as memorable as it is macabre.

The inclusion of occasional bursts of colour, whether from the warm orange ambience of lanterns; eerie green silence of cave-dwelling mushrooms or sinister red glow emitted by mysterious watching eyes, creates a fantastic contrast. For a world shrouded in death, Mornia has just enough vibrancy to truly feel alive. The unfortunate side effect of such a strong direction and focus on colour consistency is that enemies can become hard to see at times. This is only worsened by the game’s focus on gore. When your surroundings are coated with a hearty layer of blood and guts, the isometric camera angle can make it quite difficult to differentiate between what is just yet another carcass and something actively trying to kill you.

Gameplay wise, Morbid is a souls-like through-and-through and fans of the genre will feel right at home with many of the mechanics on offer. The ‘Stone of Dibrom’ acts as your Estus Flask, providing a limited number of quick health boosts which must be replenished at by meditating at waypoints. The waypoints also allow you an opportunity to save your progress, fast travel and level up through the ‘Blessings’ system. Blessings are granted as rare enemy drops or can be collected from the environment. Once acquired, they can be equipped to provide a range of stat boosts. As you progress through the game, you begin to unlock more powerful blessings and additional slots to equip them in.

Tailoring your combination of blessings to boost the items you have equipped can be incredibly effective, and the large variety of different bonuses they can provide help you create a variety of different builds. Waypoints are frequently placed, encouraging you to keep your blessing configuration up to date and allowing you to experiment with new ideas. Their frequency is also incredibly useful, as they serve as your re-spawn point if you die – and in Morbid, much like Dark Souls, you will be doing quite a bit of that.

Combat is challenging and visceral and from gargantuan axes to small swords and spears, there are a number of different weapon types to play around with. I found combining the slower, higher damage weapons with careful dodge-rolling to be a very effective strategy. The game also includes firearms, albeit with limited ammunition, which are a good inclusion for players who want to seek a few more ranged combat options. Taking damage from certain enemies and hazards can often directly affect your character’s sanity, represented by a purple sanity bar on the top of your screen. Alongside keeping an eye on your health and stamina, monitoring drops in sanity is incredibly important as drops in your meter affect your damage output, XP gain and can even cause new more powerful enemies to spawn.

There is the option to block oncoming attacks but, with the inclusion of dodge-rolling, this seems like a bit of an unnecessary addition. Furthermore, I had no trouble timing blocks against the strikes of slower-moving enemies; effectively meaning that for large portions of the game most enemies (including some bosses) were completely unable to hit me. This led me to eventually opt to stop using the block entirely because it honestly just felt a little unfair; especially against the larger enemies who often became stuck in parts of the map.

When they are not getting stuck in corners though, the designs of the enemies you face in Morbid are fantastic. Continuing the theme of death, they are all bloody monstrosities, each seemingly more disturbing than the last. This is epitomised by the bosses, the titular seven acolytes, who all present their own uniquely traumatic encounters. I do not want to spoil too much in the way of their designs, but my personal highlight would be the third boss, ‘Mother Grief’, who attacks by swinging a giant bloodied placenta at the player.

Each boss has its own unique lore to be uncovered, as does the entire kingdom of Mornia itself. This can be picked up via loading screen text, the in-game menagerie or dialogue with NPCs. Although it is all well written, the walls of text are not a particularly inviting format and the inclusion of voice acting in character dialogue would be a very welcome addition. On a similar vein, the game’s music is also great, but it would be nice to hear several of the more interesting tracks outside of boss fights.

Despite this, for its world and visual direction alone, Morbid: The Seven Acolytes is certainly worth your time. If you are an existing fan of the souls-like game-play, or even a complete genre newcomer, there is already a lot to like here but it would be an experience greatly enhanced if, at least some, of the issues highlighted here are addressed.

Check out more from our Gaming writers here: