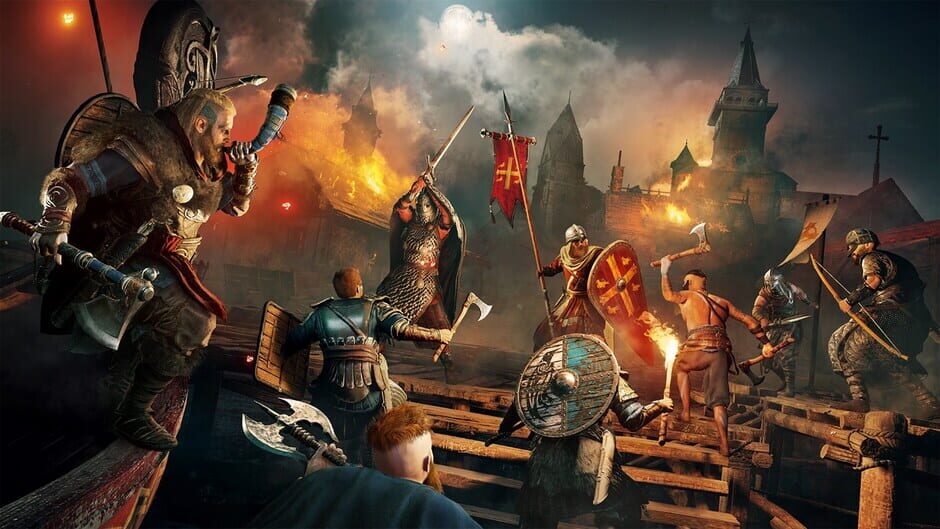 Our Gaming team takes a look at 2020’s game catalogue, and collectively decides just what games are the ten best

Despite the Coronavirus outbreak, 2020 produced some fantastic video games, worthy of the highest praise. Like with most years, narrowing it down to our ten favourites was difficult, as there are many candidates. Luckily, us here at Redbrick have been able to compile a list consisting of ten great titles, which have enthralled us and encouraged us to continue playing. Without further ado, let us begin this ranking. 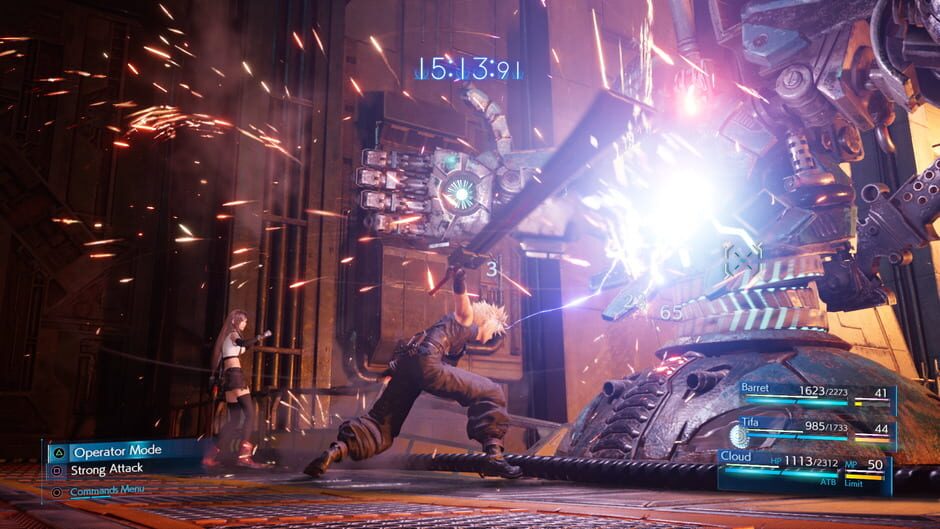 Final Fantasy VII Remake is a rare remake that feels like it fills the shoes of the original. There are few remakes that I feel like I can confidently say ‘If the original had been made now, this is what it would be’ and Final Fantasy VII Remake stands out as the remake this feels most true for. The remake’s version of Midgar is not only gorgeous for modern day standards – it successfully fulfills the vision of the original Midgar in a way that wasn’t possible at the time. Other major changes like the new, faster combat and the more cutscene-heavy narrative help to make the game easier to get into for new players by fitting in with the current trends. The remake justifies its own existence by fully revealing just how timeless the world and themes of the original are. This is the remake the original deserved. 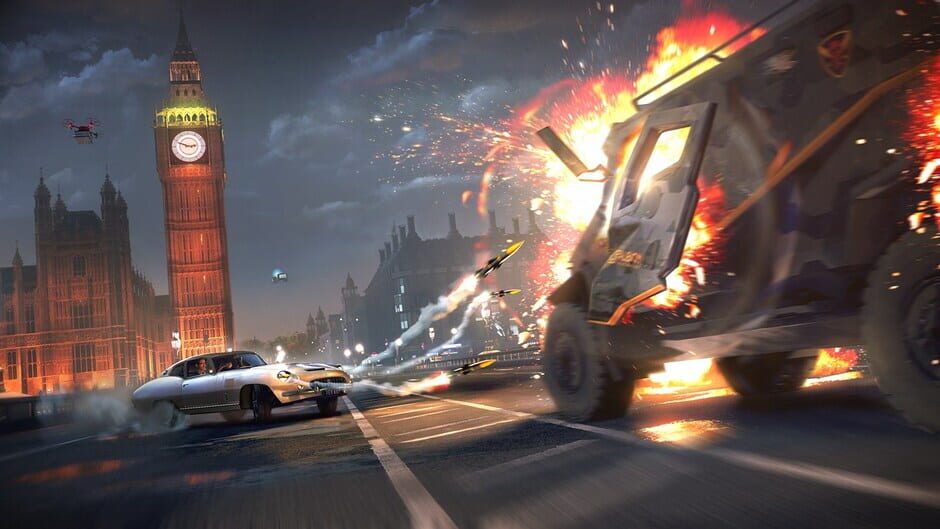 A soft reboot, this new Watch Dogs entry moves the action from modern day America to a near future London, ditches the annoying underscore in the title and somehow managed to become one of the most unexpectedly excellent releases of 2020.

The incredible ability to recruit any NPC you fancy from its sprawling world makes the otherwise fairly generic run-and-gun missions an incredibly tense test of skill, an effect which is only further emphasised by the perma-death option. If losing one of your unique operatives in a mission has you feeling a little down, the script’s more light-hearted tone lends itself to a constant stream of amusing banter which will have you forgetting the departure of your favourite comrade in no time. The phenomenal world-building helped create a fascinatingly believably rendition of London through its immersive in-universe radio shows and podcasts whilst the scarily accurate map remained a blast to explore throughout my lengthy playthrough.

Despite having finished it once already, I for one can’t wait to jump back into the world of Watch Dogs: Legion when the long-awaited co-op mode and DLC content finally drops later this year. 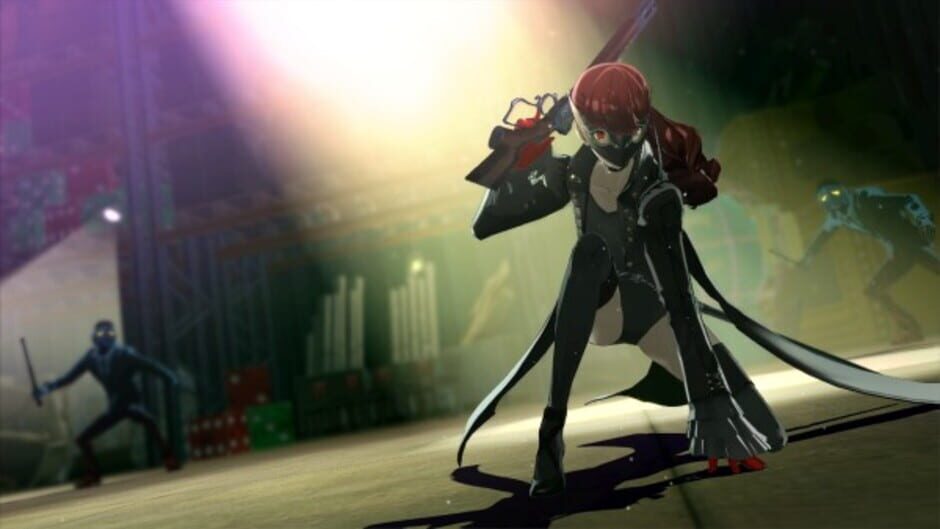 This one does feel like a little bit of a cheater’s pick. The standard edition of Persona 5 was released in 2016 to near universal acclaim, so what doubt was there that its enhanced re-release would be a success too.

In my opinion, from the grappling hook, the changes to both Haru and Akechi’s storylines, the new in-game card game ‘Tycoon’ and the brand new confidants, Persona 5 Royal offers enough unique improvements over its original to allow it to be regarded in its own right as a game of the year contender for 2020. And, with the release of the game’s spiritual sequel, Persona 5 Strikers, there’s never been a better time to revisit the phantom thieves (or “ass club” or “cucks4jesus” depending on what you called them.) 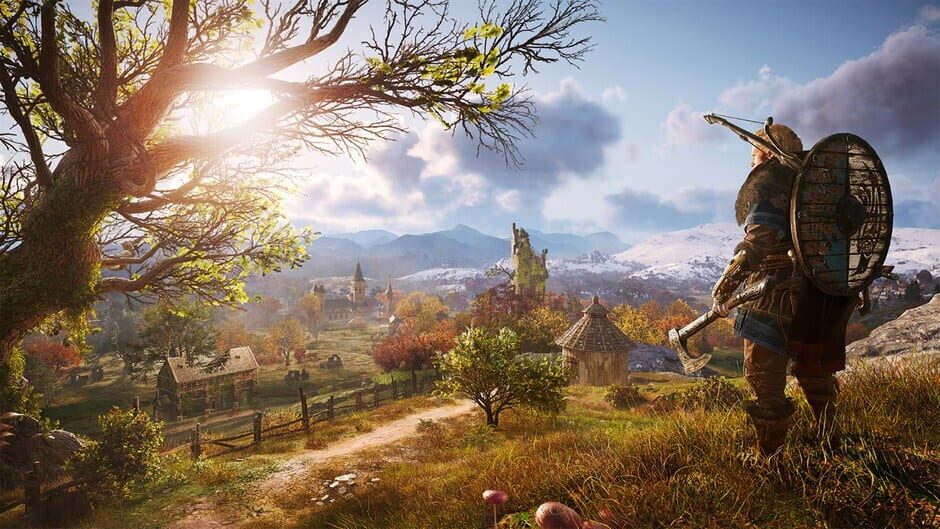 Alongside Origins and Odyssey, Assassins Creed Valhalla helps to revitalise the long-lasting franchise. Playing as a Viking warrior is a fantastic chance taken, as we can now fight our way through England with axes, spears, and shields. While stealth does suffer, I am not bothered due to the fun you can have with weapon and character experimentation. Switching between a male and female throughout the game is a choice that ultimately works. What is more, you have plenty of time to play around with weapons and other elements of the experience.

It will take a minimum of 60 hours to complete for a first-time player, so it is worth the money. These 60 hours are packed with wonderful content, making this worthy of being on our list. 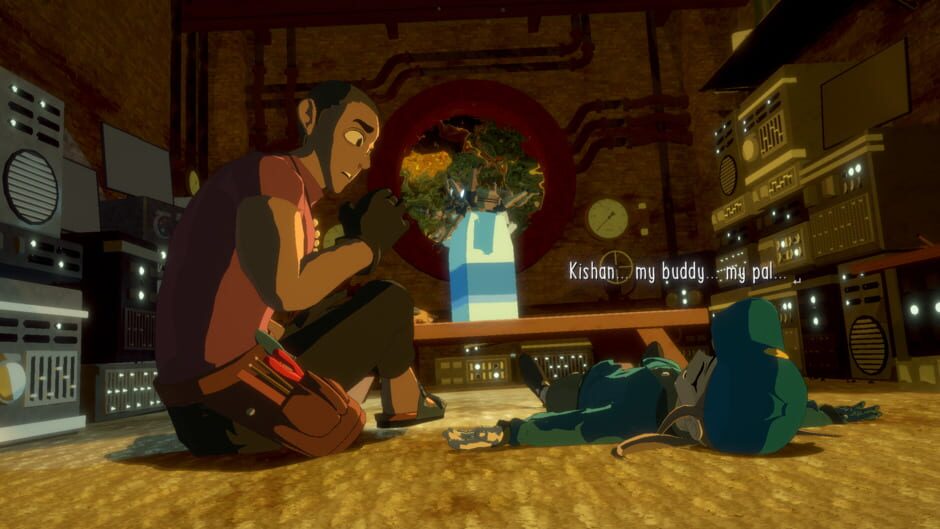 If I were to explain in just one sentence:

Boasting a cast of characters that includes and Ned Kelly, the very real life ‘Australian bushranger, outlaw, gang leader and convicted police murderer […] best known for wearing a suit of bulletproof armour during his final shootout with the police’ (a teacher will tell you not to get your information from Wikipedia but I’m here to tell you life’s too short to worry); a sweet anime-inspired art-style and a cohesion of its ‘so succinct, so sweet and so temporary’ story and its mechanics that cements it as one of the best designed games of all time, you could probably say Necrobarista was the stand-out game of 2020 for me personally. 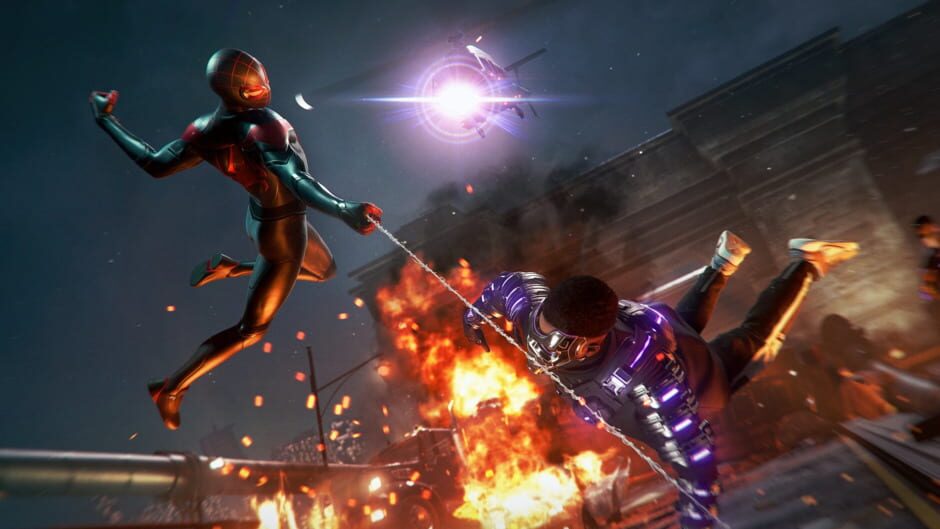 Marvel’s Spider-Man: Miles Morales has much to do to match 2018’s Marvel’s Spider-Man; the necessary steps to build on the formula are taken. It has a great balance of retaining the old and introducing the new. Web-slinging is as fun as the original and remains core to the gameplay. Meanwhile the story and combat remain significant components and do not fail to impress.

Playing as Miles and learning about him is satisfying, whereas combat is slick and precise, adding to the enjoyment of saving New York. Speaking of combat, Miles’ abilities with electricity and invisibility are added to the mix to diversify the character and the overall experience from Peter Parker. While a smaller package, every part of the experience is beautiful, and this title really earns its place on this list. Plus, who does not love exploring a snowy New York City?! 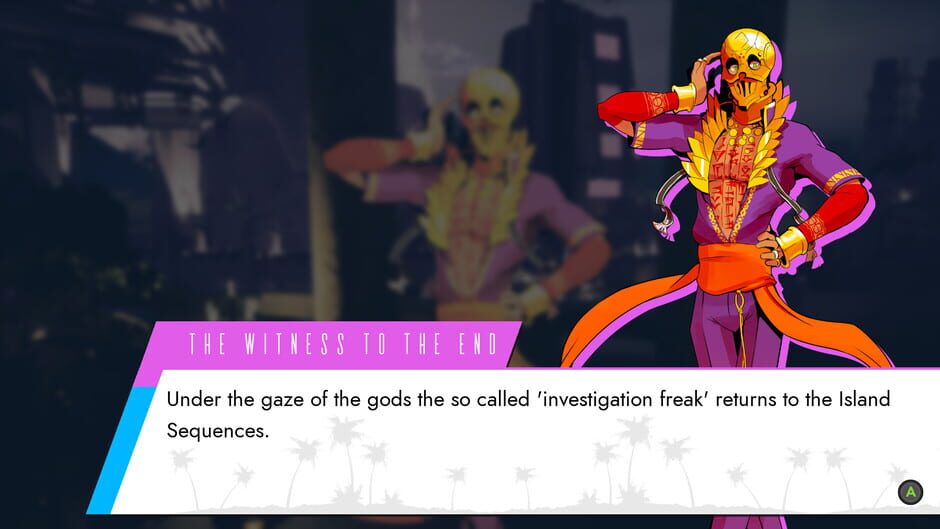 In my review of the game, I named Paradise Killer ‘this year’s Disco Elysium. An ambitious yet expertly put together murder mystery from a totally unknown studio that rocks the gaming world and represents all that AAA games stand to lose with their investment in graphics over narrative.’

The most noteworthy aspect of Paradise Killer is – if you haven’t played it, move on to the next entry. If you have, *tips fedora* I see you are a man of culture as well – how it reconciles the customary ‘detective-explains-who-the-murderer-is-and-how-they-did-a-murder.’ The evidence based approach to exploration and accusation is so satisfying to play, and more than enough on its own to put this game on this list. 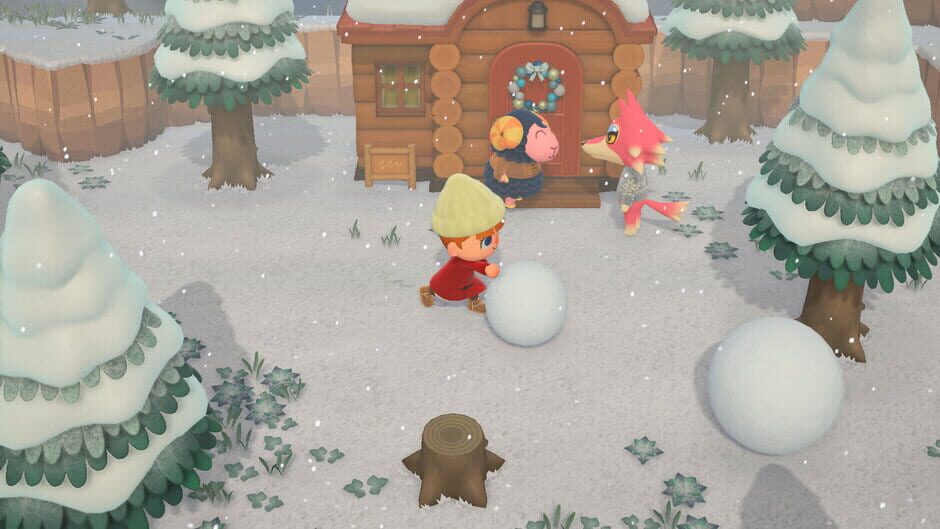 I reckon I’m not the only one who strongly links Animal Crossing: New Horizons to a particular time or feeling in 2020. It just so happened to be released around the same time that many of us were experiencing our first lockdowns and provided a place to escape the unknown and find comfort; gaining an extra layer of significance for many as a stress-release game.

Besides this, Animal Crossing: New Horizons is well deserving of a place in our GOTY list regardless. Being rewarded by the incredibly robust personalisation options feels fantastic and will keep you playing for weeks. Plus, its focus on providing, relatively small, tasks and content to be fulfilled each day is still an incredibly welcome change of pace in a medium that is full of games that want to suck up every ounce of our time. AC:NH is a much needed moment of quiet. 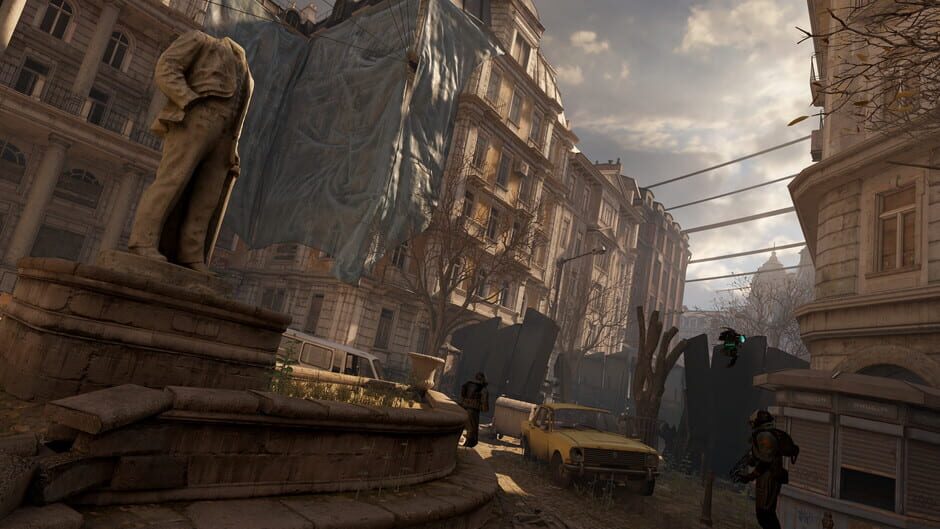 With its eye-wateringly high entry price and a library populated by a slew of mediocre ports, the world of virtual reality gaming has been in dire need of a real system seller and this wish has finally come to glorious fruition through the release Half-Life: Alyx. Just as the original Half-Life revolutionised the first-person shooter genre way back in 1998, Alyx pushed the boundaries of what I would have ever considered possible in virtual reality through its charmingly interactable environments which were always a joy to discover paired with some decent puzzles and quite frankly some of the smoothest and most cohesive gunfights I have ever experienced in a virtual reality game.

Sure, it is admittedly a little short by modern standards, and the choice to end on a substantial cliff-hanger will certainly leave series fans desperate for more, but if you are looking for a VR experience which feels decades ahead of its competition or just want a way to experience the Half-Life universe from a new perspective, Half-Life: Alyx is one adventure you won’t soon forget. 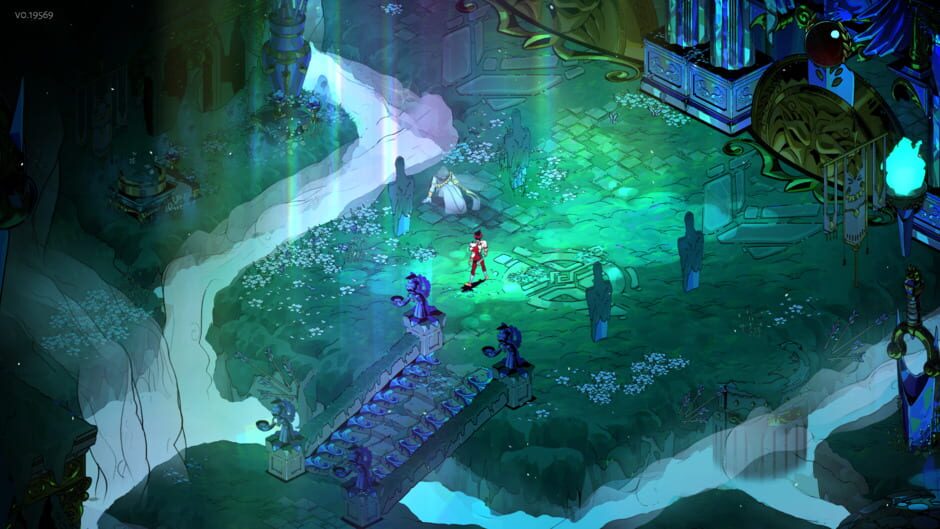 It’s no secret at this point that Hades’ production was crunch free, but the fact that they did almost everything right from the ground up on top of that just goes to show that a no-crunch policy really is a bare minimum at this point. Aside from this, for me, Hades’ crowning achievement is its narrative- something I never would’ve thought I would say about a rogue-lite. For most of my ~100 hours with Hades the narrative was my main motivator due to a combination of some of the best character writing I’ve seen in a game and the way the narrative is drip-fed to you over each escape attempt. Hades always has another layer of depth right when you think you’ve seen all the game has to offer, which makes the game incredibly hard to write about because I want to talk about everything. So go play it!