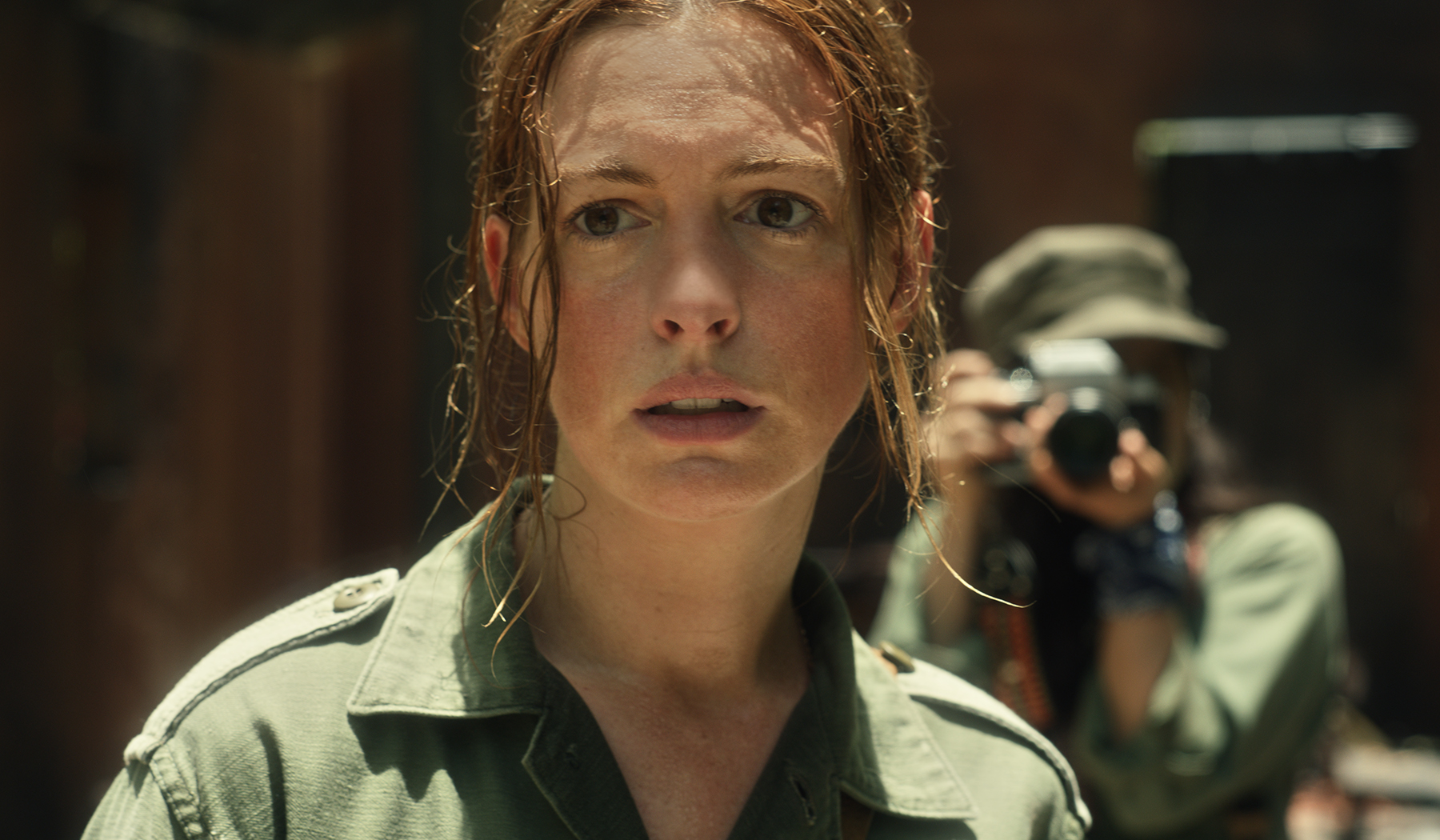 Review: The Last Thing He Wanted

‘We are meant to survive beyond our stories,’ is a line that encapsulates well the subject matter of new film The Last Thing He Wanted. Jones is speaking to its protagonist, Elena McMahon, a journalist turned arms-dealer finding herself situated in the politically tense climate surrounding El Salvador in 1984, two years on from her visit in ‘82 succeeding the El Mozote massacre. It becomes clear very early on that the job Elena is involved in is not without risk, as she and her coworker, Alma, carefully trek through the aftermath of the massacre. Photography and typewriting become key as a way of documenting these political events, and succeeds in heightening a sense of tension as we watch McMahon photograph armed El Salvadorian forces discreetly, aware of the risk of being caught; or as we watch Alma at the end frantically type an article collaborated with McMahon, alone in a dark office.

Elena appears onscreen as a driven, unrelenting journalist currently occupied with following the 1984 US presidential election, and privy to the uncomfortable insinuation that the US are involved in South American conflicts. It is this very conflict that Elena becomes entangled in after she takes up her sick father’s job as an arms dealer, tasked with overseeing a shipment of weapons to El Salvadoran revolutionaries. Although the film is concerned with politics and its consequences, the story revolves around Elena: a journalist, mother to a daughter sporadically seen on screen, and the only daughter of a disappointing father who is the reason for her involvement. The film skilfully blends the private and public, as Elena’s private life often intrudes her public, seen in hotel rooms in South America calling her daughter in an American boarding school. The cinematography aids in viewer immersion, following Elena through various vivid, cultural environments in both North and South America.

The Last Thing He Wanted comes from director Dee Rees, previously known for directing Pariah, with which she co-directed with Spike Lee; Bessie, and Mudbound, the latter of which was adapted from a book of the same name written by Hillary Jordan. The Last Thing He Wanted is another adaptation, based on the book of the same name by Joan Didion, who after visiting El Salvador in 1983 for two weeks, published an essay ‘Salvador’, on American involvement in the nation. The book’s fast-paced writing style translates well onscreen into a political thriller, not divulging much but leaving it to the imagination of the viewer, allowing for personal interpretations based on what truly scares the person watching. Elena’s father, for example, falls ill but the illness is not explored, and merely treated as the catalyst that pushes Elena towards undertaking her father’s job. Many aspects of the film are not fully explained, but work well in conveying Elena’s confusion as she slowly unravels a story that sheds light on US military involvement in South American politics. It is not an unwelcome confusion.

Anne Hathaway stars as hardy, undeterred Elena McMahon with a “scoop” to write, prone to sharp, unrattled dialogue during various confrontations. Elena’s father, Richard ‘Dick’ McMahon is played by Willem Dafoe, seemingly unshaken by her open disappointment towards him. Post-illness he appears as a confused, vulnerable old man, and is skillfully depicted by Dafoe. The fate of Elena’s father is one exploited to reveal the extent of the US’ control, with the ability to dispose discreetly of unwanted people. The shock of the news follows a vein that nothing is to be expected in this thriller, that nobody is to be trusted. Ben Affleck is the film’s Treat Morrison, arguably the villain if viewers position themselves on the side of Elena. He represents the US government, tasked with investigating Elena, during the course of which complicating the matter, as he becomes romantically involved with her.

Although The Last Thing He Wanted could be discredited as a film confusing to follow with gaping plot holes around the fates of certain characters, it is that confusion that it capitalises on as a political thriller, moving fast-paced through a politically charged environment, centered on one journalist’s determination to uncover the truth about US involvement in South America, and ends on a note that is perhaps not satisfying, but striking.

The Last Thing He Wanted is currently streaming on Netflix.

Taken an interest in historical dramas? Check out these other reviews on Redbrick Film: