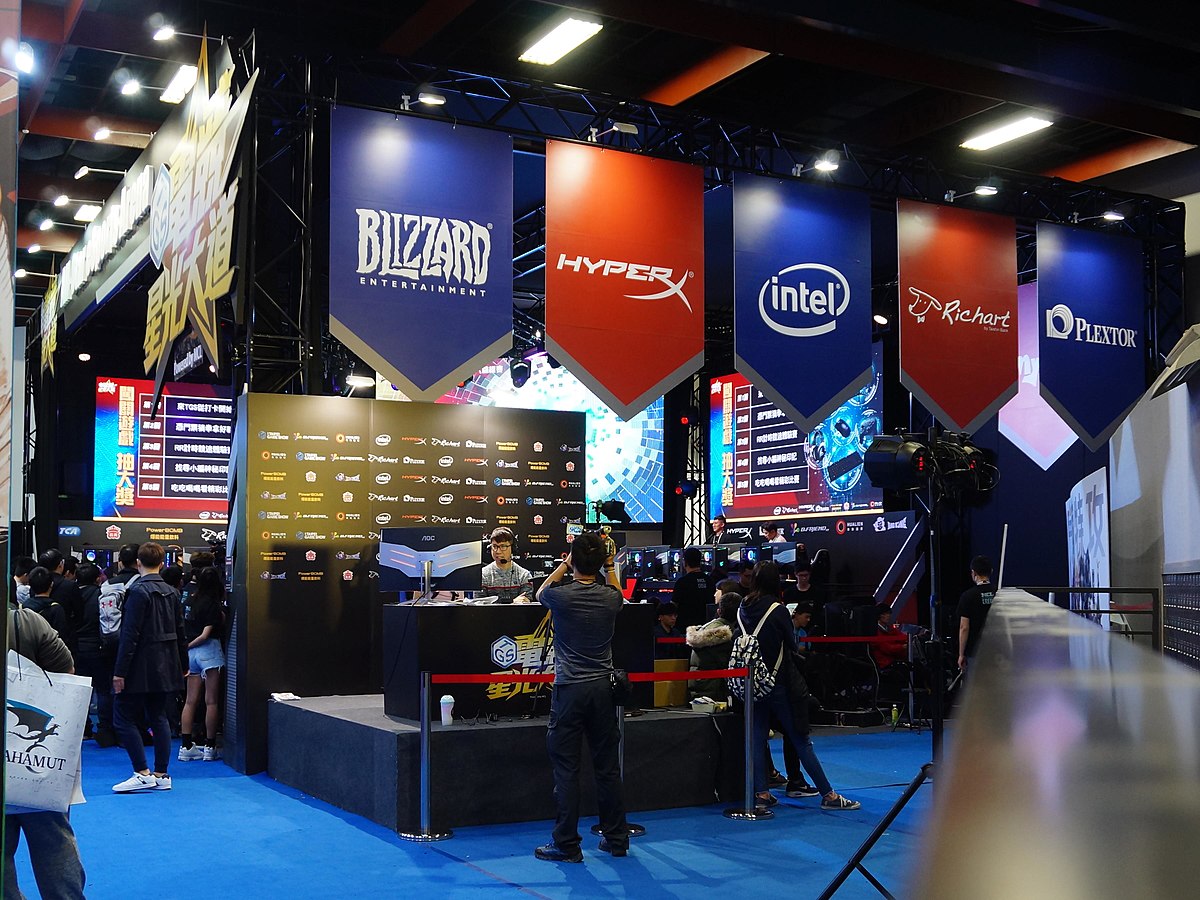 Kyle Moffat and Andy Brennan
Published at 10:30 on 3 June 2021
Images by Wikimedia Commons/Solomon203

In this edition of Two Sides, we take on an increasingly prevalent discussion: can esports be considered sports? Read both arguments and vote in our poll below!

Esports are seen to be unconventional when sport is discussed. Rather than the typical idea of sport, esports are different because it is just people playing video games, right? Sports require a sense of physicality, they can improve mental well-being and there is a social element. All of these can be discussed in relation to esports.

Obviously, with esports, the games are locked within a virtual world and thus may not be seen as physical activities. However, the player of a video game physically becomes involved through precise button presses and a physical presence in general. Without the physical human being, video games would not be played. Now, you could say anything involving a person is a sport with this concept. However, if you bring entertainment, competition, and hard work into the fray, esports have strong connections to the idea of sport.

In terms of mental (and physical) well-being, esports offer the ability to improve these. To be a good player, mental well-being is often required to be at your best and to keep your concentration, sometimes for several hours in a row. With mental well-being often comes physical well-being, so that means the gym is an option for esports players to maintain stamina while playing for hours on end. In this sense, physical and mental preparation is important to being at the top of your game, just like any other sport. I could not turn up to a football match and play well while being unhealthy and having things on my mind. The same applies to esports.

Even if you disregard the idea of esports players requiring physical and mental well-being, you cannot deny the amount of training required to be at the top level in a video game. The likes of Rocket League, Overwatch and Dota 2 require thousands of hours to master. You need to know how every character functions, the mechanics of a game off by heart and much, much more. You cannot jump into a video game and be anywhere near the level of the best players.

Thus, it is hard not to appreciate the dedication and expertise of these players. The same applies to any sport. It takes many hours across many years to play at a competitive level. Like any sport, you can hop in and enjoy playing causally, but you will not be a master. Now can you see the similarities?

Finally, we can talk about the social element of esports. Up to millions of people will tune in for an Esports event and they can feel the intensity of the game. Imagine how intense a person feels when playing a high-stakes FIFA, Call of Duty or League of Legends game. Now, imagine that on a big stage, with countless spectators and a cash prize. Crowds will cheer on the favourites and watch with awe and intrigue, just like watching the Superbowl or World Cup.

There are arguments for and against esports being sport. While they are not a conventional idea of sport, there are strong cases to be made for them to be sports. Just as a footballer will have to last 90 minutes, an esports player must play consistently well for hours. Just as the Superbowl will generate millions of viewers, esports can and do the same. It is not fair to disregard the preparation and hard work that goes into esports. – Kyle Moffat

As much as the idea of labelling esports as sports may arouse unabrogated fury in some, this is not a path I am interested in taking. I see some merit in labelling esports as sports, especially when the likes of chess hold that classification. However, I would reaffirm that the ‘esport’ classification in itself is the most apt. The ‘e’ provides enough contextualisation, just as the likes of ‘motorsports’, to indicate that the activity is predicated on the performance of some sort of machine. Sports, primarily, are activities that require physical exertion and skill, and are competitive in their nature.

The Council of Europe, for instance, certify sport with the following definition: ‘Sport means all forms of physical activity, which through casual or organised participation, aim at expressing or improving physical fitness and mental well-being, forming social relationships or obtaining results in competition at all levels.’

If this definition is considered, it would seem that esports are a sport. Typing on a keyboard and clicking a mouse are forms of physical activity after all. Furthermore, if shooters, such as Call of Duty, Overwatch, or Counter-Strike are to be considered, intense forms of concentration and lightning-fast reaction times heavily contribute to the success of the gamer. When looking at esports teams, they must train by eating well, practising for several hours every day and even undertake weight resistance training.

However, that is not the case with every esport. If we understand the failing plight of bridge and the controversial plight of darts to be classified as sports to be linked with their level of physical exertion, what about the less strenuous esports? It is not controversial to assert that games such as Hearthstone, a digital card game, require virtually no reflexes or high impact play. The pace of the game is turn-based, as opposed to FPS Shooters or games such as FIFA which are real-time and require strong reactions and reflexes to handle their rapid speed. Even within esports, the argument can be made over which amongst them fulfil the requirements of physical exertion and activity to cross the thresholds into sports.

Perhaps, to avoid the confusion and controversy altogether, they should claim the ‘esport’ label as their own, and with pride. When we look to other sporting subcategories, such as ‘motorsports’, keeping esports within their own semantic field seems most appropriate. Motorsports within itself is a label kept away from traditional sports. Like esport ‘athletes’, they must practice, eat well, and keep in good physical shape.

Yet, these are merely supplements, not requirements. Motorsports are motorsports because they require motoring vehicles. Likewise, esports are ‘e’ sports because they require electronics. An unathletic individual with a great vehicle will always beat a great athlete with a terrible one (unless they literally cannot drive), especially at the casual or grassroots level, and a significant proportion of gaming ability can be decided by the quality of one’s PC. If I am playing at 35fps on a laptop against my friend who has a £2000 gaming PC on max settings and the best keyboard and mouse combination, it is highly likely that even if I did have better reflexes than them, they would still perform better than I would.

There are elements outside of physical exertion that can decide one’s standing in activities such as esports or Motorsports. However, my ability to perform in a football or rugby match is almost entirely decided by my physical excellence in that field. Therefore, sport subcategories with pre-modifying words are necessary because they indicate that there is more than one primary element in allowing the individual to partake in said activity.

Finally, I would argue that the classification of sports is more of a funding issue rather than an ideological debate over what truly constitutes a ‘sport’. Official sporting recognition comes with a multitude of perks, amongst them governmental support and lottery funding. Recognising esports as a sport certainly comes with a gigantic financial incentive, yet I cannot help feeling rather sad when acknowledging the prestige that comes with such recognition. It almost feels as if the nomenclature surrounding official sporting status bestows upon the activity in question a certain prestige that esports feels it cannot attain. I for one would like to see this changed, as I see nothing wrong with the classification as it is – an electronic sport. – Andy Brennan

Are esports part of the sporting landscape, or should they embrace being a separate category? Vote now in our poll!

In our previous edition of Two Sides, we debated whether Shane Warne or Muttiah Muralitharan holds the title of greatest spin bowler ever. In our tightest poll so far, the Sri Lankan wizard just about edged it.

The Lions Squad: What Did We Learn?