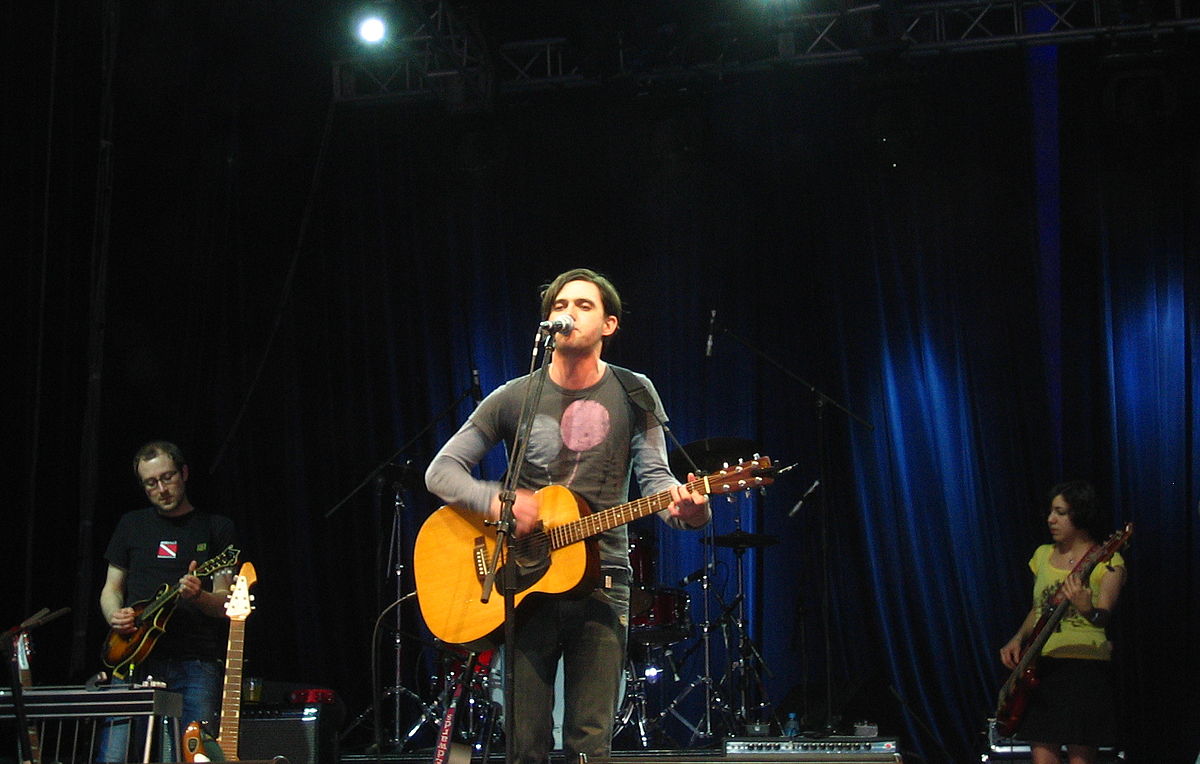 Written by Ben Forsdick
Published at 13:30 on 6 September 2020
Images by Owen Prior

Omaha’s own Bright Eyes were the quintessential sad band of the 2000s. The prototypical indie kids’ darling trio were to soundtrack the most angst infused time of peoples’ lives, especially for those whose teenage years coincided with the band’s most creative moments. We could spend this entire review making jokes about falling out with friends, locking oneself in their bedroom and crying to Bright Eyes and Elliott Smith records; but to give the band the credit they deserve, Bright Eyes created some of the best music in their genre at the time. Resultantly, we could just as legitimately spend this entire review celebrating records like Fevers and Mirrors, Lifted and I’m Wide Awake, It’s Morning, all of which found their way into the record collections of numerous students as Bright Eyes became something of a generational entity. A big part of the success was the result of Conor Oberst and his painfully grim lyrics, but Mike Mogis’ production and the diversity of multi-instrumentalist Nate Walcott were critically important too. The nexus of these three men’s output resulted in Bright Eye’s discography becoming so beloved.

Unfortunately, the majority of the band’s output post Wide Awake is a mixed bag. The last time we heard from Bright Eyes was with 2011’s The People’s Key, a record that shifted away from folk infused instrumentation and towards a heavier style of production, a sound received with significantly less enthusiasm. This would be the last Bright Eyes album for nine years, but that time has not been completely misused. Conor has released multiple solo projects and to every indie heads’ joy, a 2019 collaborative album with Phoebe Bridgers under the title Better Oblivion Community Center. It was generally well received but the two members’ songwriting failed to come through in full capacity, with instrumentals vapid to such a degree that the music bordered on insipid. Furthermore, some of the singles leading into this new release were not overly encouraging. While tracks like ‘Mariana Trench’ are not so much a continuation of the undesirable sound that the band purveyed on The People’s Key, the instrumental is symptomatic of the direction Conor’s music has taken in recent years. The tune at the core of this song is pleasant enough and Conor does come through with some decent lyrics; but the whole thing is detrimentally overproduced. Everything is so heavily compressed that there is hardly any dynamic range. The hope was that this concern would be remedied upon the album’s full release.

Two notable guests on this record are Queens of the Stone Age drummer Jon Theodore and Red Hot Chili Peppers bassist Flea. Their presence thickens the tone into what is at times, a straight alternative rock aesthetic, which does nothing to compliment Conor as a songwriter. Bright Eyes do not appear to be playing to their strengths with this style of overly pristine production. Vocally, Conor sounds fairly strong throughout. There is little of the extremities that his voice has displayed in the past and he plays it relatively safe, but his performances are emotive; and he still quietly and effectively whimpers through the more visceral moments on this record.

Bright Eyes have changed a lot over their 20 plus year career but there are undoubtedly compositional aspects that have remained. Album opener ‘Pageturners Rag’ will be of a familiar style to long term followers of the group. Less of a track and more of a mood setter, those accustomed to the band’s now legendary 2000s output will recognise this as a typical opening passage. Likewise, the trio continues to write downbeat ballads, ‘Persona non Grata’ being one of a few on this album. It is a melodically stable track, although the pipes solo feels forced and sounds uncomfortably out of place. It seems that instrumentally, Bright Eyes have lost their ability to mold the varying sounds of their mixes together in an effective way. The other notable feature of this song is the vagueness of Conor’s lyrics. This is not as direct a record as many of the group’s other releases. There appears to be underlying themes of regret and seeking forgiveness but Conor gives little away and the result is a cut that feels more remote than listeners will be used to.

Having said this, ‘Stairwell Song’ is the lyrical antithesis to ‘Persona Non Grata’. A straightforward ballad detailing a dissolved relationship, the song is sweet and simplistic in nature. It features one of the more memorable choruses too and lyrically, Conor appears to be returning to a more narrative approach. Likewise, ‘Dance and Sing’ is a far better constructed track than some of the weaker cuts. The orchestration is grand but not overbearing and the choir that closes out the track builds climactically to an epic conclusion. It is everything that Bright Eyes should be doing on this record but instead, much of this album comes across as forgettable and at times, even anonymous.

‘One and Done’ is the trio’s attempt at writing of the emotions of hope in moments of despair but it fails to translate. The heavy percussion leads and imagery of someone ‘Stood in [their] prom dress all covered in blood’ feel distant once again. ‘Pan and Broom’ and ‘Tilt-A-Whirl’ sound underwritten, as does ‘Hot Car in the Sun’, although Conor’s despairing lyrics do just enough to carry the relatively short song through to an end. ‘Forced Convalescence’ is another case of a song that at the core, is melodically fine, but the mixing leads to a complete wash of sound. This record is habitually let down by the production being overblown and needlessly forced.

‘To Death’s Heart (In Three Parts)’ is something of a slow burner but the track’s length actually allows the band to expand themselves somewhat. What results is a cut that lyrically deals not in the ailments of youth, but rather those of aging. The stereotypical musician’s trope of growing older with their audience is strongly portrayed and it actually results in one of the album’s better tracks. There is a conflicting narrative that plays on both self-pity and self-hatred in a typically saddened manner, but it is far more effective than the blandness of many of the songs that precede it. This continues into ‘Calais to Dover’ and ‘Comet Song’, the former of which would be fine were it not for a guitar solo that sounds like something out of Momentary Lapse era Pink Floyd, not the Pink Floyd era that one would expect emulated considering that is it generally regarded as their worst. ‘Comet Song’ tries its best at ending the album climactically and does an ok job, but therein lies the issue with this album.

Down in the Weeds, Where the World Once Was is not a bad album. It is just ok. Instrumentally and production-wise, the band have watered down their sound and it leads to anonymity. That is not to say that the album lacks good songs, expressive moments and poignant lyrics, but it seems that what mostly made the band unique is gone. There is enough here to keep the die-hards happy, but this is far from Bright Eyes at their best.