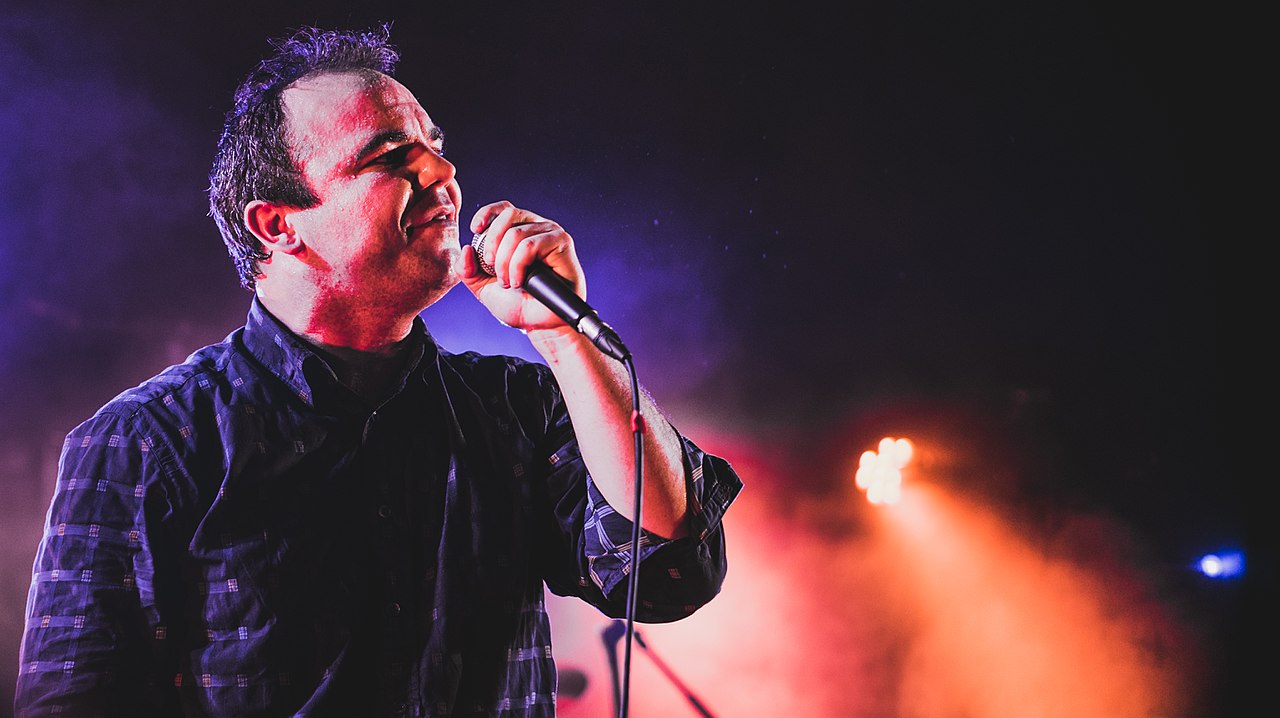 Album Review: Future Islands – As Long As You Are

Infused with an updated version of the sounds of ‘80s synthpop, the Baltimore based Future Islands’ As Long as You Are is the band’s sixth studio release, twelve years after their first and three years after their last. Despite being active for such a substantial length of time, it was only as recently as 2014 that the band gained significant mainstream success. This came via their fourth album Singles and in particular, that record’s lead single ‘Seasons (Waiting on You).’ This breakout moment for the band introduced their warm synth-driven aesthetics to the type of large audience that they deserved. This is not to say that artistic merit cannot be found in the band’s music released prior to Singles. Ever since Future Islands dropped their debut record in 2008, their selling point has been the deep and impassioned vocals of frontman Sam Herring. Much of the power of Future Islands’ music rests on Herring’s eccentric delivery, which sets the band apart from most other current synthpop outfits.

Despite the successes of Singles, Future Islands find themselves at a tricky stage in their career. 2017’s The Far Field was a far less successful moment in the band’s discography, sounding eerily similar to its predecessor, except with significantly fewer sticky hooks and catchy riffs. It was difficult to predict where the band would go from a record like The Far Field. For many, the hope was that this would be a case of one step backwards and two steps forward. The singles teasing this release were patchy but did show promise, ‘Thrill’ in particular sounding like the typically and desperately sad yet theatrical songwriting that one would expect from a Future Islands album. Now the full release is with us, it is unfortunately one of the group’s most underwhelming projects to date.

The synths on this record are not nearly as densely constructed as on previous Future Islands releases. Having said this, the slightly bland nature of the instrumentals is not what fundamentally drives these 11 tracks into a forgettable wash of sound. The core aesthetics that made Future Islands so appealing in the first place are still present. Rigid bass sections, slow crescendi and Herring’s growling vocals mostly remain. Theoretically then, a somewhat flatter style of production would not be to the band’s detriment. Indeed, if this production were teamed with the songwriting abilities on an album like Singles, there would be few issues with this record. Nonetheless, there is a consistently ‘by the numbers’ format that runs throughout As Long as You Are, which renders these tracks as bordering on indistinguishable from one another, at least in terms of the songwriting itself.

For all this negativity, there are occasional highlights on this record. ‘For Sure’ is one of Herring’s more impressive vocal performances on the album and the chorus is catchy enough to carry the song through. The cymbal crashes in the chorus bring a watery texture to the mix and it is generally a pleasant moment in the tracklist. Despite this, the problem with ‘For Sure’ and many other tracks on As Long as You Are is that they are constructed solely from ideas that Future Islands have explored previously. The album subsequently appears colder and far less emotive than previous records. What can be said about ‘For Sure’ can likewise be stated about ‘Born in a War,’ although the latter does feature the best hook on the record, making it a surprising omission from the set of singles leading to this record’s release, especially when one of these singles was ‘Moonlight.’ This is slow-moving ballad that drags exponentially as the song progresses. Herring croons over a surprisingly sparse instrumental and he appears to simply go through the motions which is disappointing given how talented a vocalist Herring is. In general, his vocals do not land as expressively or excitingly on this record as one would hope. Herring’s performances on older cuts like ‘Fall from Grace’ are long forgotten with this release. It is as if Future Islands have toned down the excitement for a more mature sound, but the result is deeply uninspiring.

Then we come to this record’s lyrics, which are some of Future Island’s worst to date. Whether the lyrics are too esoteric or vague to be enjoyed is up for debate, but very few stand out as profound or even overly interesting. ‘Hit the Coast’ details the protagonist’s journey away from the city, in order to escape the stresses of daily life (presumably in direct response to the track ‘City’s Face’). Yet beyond the not so specific concept of departure, the lyrical content is simply vapid. ‘The Painter’ may be the worst lyrical offender on this record, during which Herring speculates of the supposed tragedy of discovering that a close friend holds differing political views to yourself (Trump may well be in Herring’s mind here). Herring can be heard repeating the lyrics ‘someone y’all know,’ as if the differing opinion is some sort of disease, a political analogue to the phrase ‘you always think it will happen to someone else.’ Not only is this analogue a ridiculous and close-minded proclamation, but it is such a half-hearted attempt at political lyricism. It is not as though there is a paucity of criticism for Trump and conservatism at large in popular music. Many artists write politically charged songs with far more intelligent lyrics than this ‘toe in the water’ approach that Future Islands take.

The more digging one does into this record, the more one is inclined to accept that As Long as You Are is, at its core, a one-dimensional album. What makes this even more upsetting is that it is a dimension that exists on virtually every Future Islands record until this point. Many of the songs on this record are not necessarily or inherently bad works. In many ways, this is the issue. The majority of songs here could be interchanged with tracks from The Far Field and few would notice. Those who would, probably would not mind either, because the functionality of each of these songs is identical. This critical frustration is a product of the talent that Future Islands clearly possess, but seemingly failed to utilise on this record, beyond the occasional catchy chorus.

As Long As You Are is available now via 4AD Ltd.