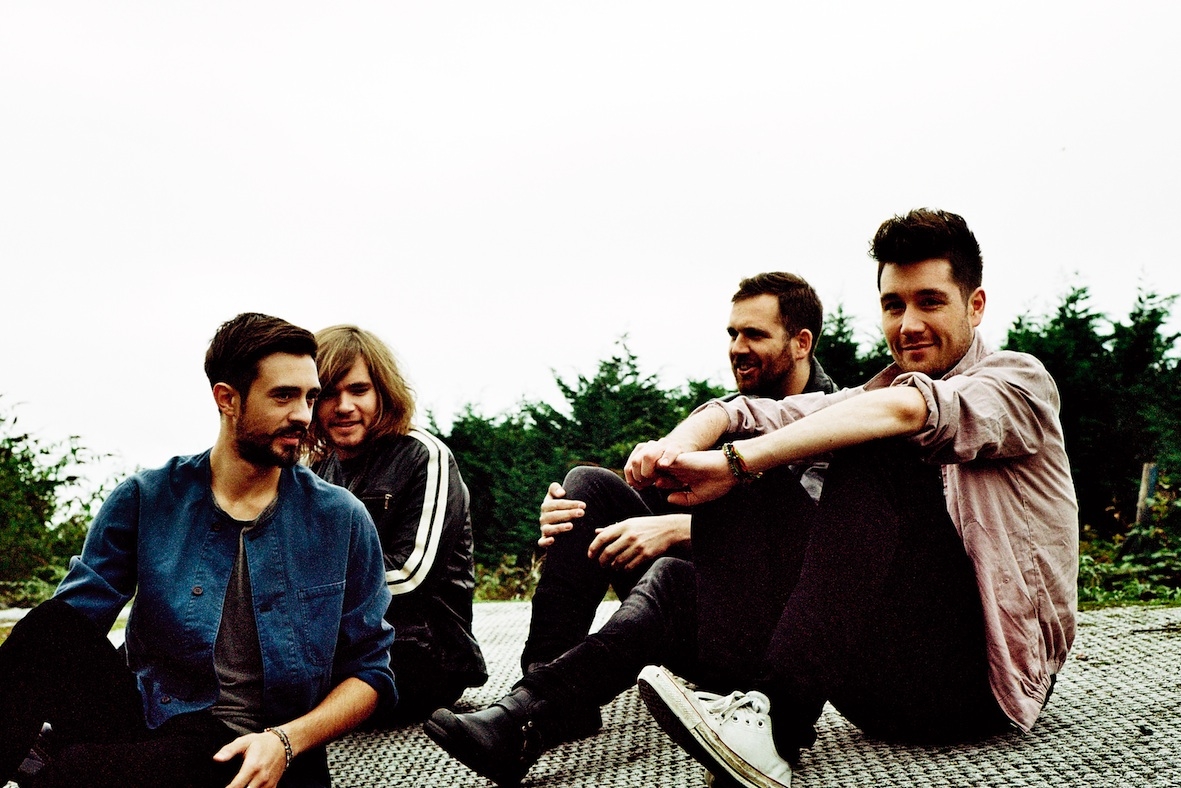 Following recent Bastille singles ‘Survivin’ and ‘WHAT YOU GONNA DO???’, Music Critic Sammy Andrews talks to drummer Chris Wood about their new music and the future of the music industry

Following Bastille’s recent release of the singles ‘WHAT YOU GONNA DO???’ and ‘Survivin,’ I talked to Drummer Chris Wood (Woody) about their new music. We discussed our favourite lockdown albums, what projects he had been up to over the lockdown period and even his stance on the state of the music industry.

I’ve got a five-year-old and a three-year-old. I don’t know if you’ve come across the Josh Widdicombe podcast ‘Lockdown Parenting Hell,’ I’d recommend that for context. When I’ve found time, I’ve been recording stuff at home. Lots of recording drums for a couple of other people as well as Bastille stuff, and maybe I foolishly started a record label as well because I had a hell of a lot of time to do it.

Interesting, can you tell us any more about the record label?

Yeah, it’s just a small independent label called Du Monde records with myself and a couple other guys. We just released an artist called Ulysses Wells who we were really excited about. But, yeah, so I’ve been doing that but yeah, I’m just largely trying to cling on to sanity.

So, what albums have been inspiring you over the lockdown period?

I’m really obsessed with the new IDLES album, and I’ve been playing that to death. I kind of dip in and out of some UK grime stuff as well. And apart from that, just kind of older stuff, to be honest actually I’ve listened to more podcasts than anything else during lockdown. It’s just kind of a bit of a distraction just to hear some adult voices in your head.

Congratulations on the last two Bastille singles! How was is collaborating with Graham Coxon on ‘WHAT YOU GONNA DO???’?

I don’t really know because we did it all kind of remotely. So, the end product has been brilliant, I was really pleased with it and kind of goes out saying we were massive Blur fans growing up as well. So, yeah, that was brilliant. I’d like to do it with him in person one day, you never know, that could happen. It’s nice obviously because that sort of style is right up my street, that’s kind of the sort of thing I prefer to do. Yeah, I’m a kind of rocker at heart so getting to do that was amazing. It’s just weird not being able to play it at people.

Yeah, I’ve definitely noticed in the new singles that ‘WHAT YOU GANNA DO???’ has a much rockier sound and ‘Survivin’ is a lot groovier. There’s a lot more experimentation than what we’ve heard from Bastille before. Is this a look into a new sound or direction for the band?

This is just us doing our usual thing, I think we sort of genre hop quite a bit. I think we’re fortunate that Dan’s voice is so unique sounding anyway, that basically the second he opens his gob you know it’s us. But generally, that gives us a bit more licence to kind of then go out and push the sort of genre that we want to mess with a bit more.

Definitely! The newest single ‘Survivin’ seems very relevant to the current time, and the situation, what is the story behind this song?

I wouldn’t say there’s a story as such, we always try and keep it a little bit ambiguous as to what some of the songs are about just to be really annoying. And yeah, kind of let everyone else figure it out. But no, I agree the, the subject matter is definitely very apt for the current times we find ourselves in. But yeah, the whole world’s going fucking nuts.

Leading on from that, you’ve shown on social media a lot of support for the live music industry and the difficult situation it is in currently. How do you feel about the position of what’s going on with all of that?

I feel fucking furious if I’m honest. The government has just absolutely abandoned and turned their back on us. The word that keeps popping up is viable. I mean, it’s a 10 billion pound a year industry, from which they richly reap taxes from all levels of it. And they keep banging on about being world beating at this and that and I think music is one of the few things that the UK cities are world beating at.

When I think about music, I think about saying bands like mine or bigger artists will be fine, but it’s not about us. There are thousands upon thousands of roadies and venue staff and there’s so many associated trades that are really highly skilled like lighting technicians and audio people and riggers going up and putting together these incredibly complex and dangerous stage setups. They work incredibly hard and long hours, they pay their taxes and they’ve just been abandoned, and they’ve got mortgages and families. They actually make all the fun stuff everyone takes for granted happen. If you take away the arts, there’s no Netflix, there’s no music, there’s no pictures, you know, it’s what makes life fun.

And yeah, we’ve just been completely abandoned so that is an absolute fucking disgrace if you ask me. Whereas if you look at something like Germany, they’ve furloughed pretty much the entire arts industry and see the value in it. And also, the problem is there’s companies where it’s not going to make a national press. There’s a company called Matt Snowball which has just gone under, and that’s a company in North London which would provide splitter vans and equipment hire and stuff for smaller up and coming bands. They then go bankrupt. So, if people like that start going, then when they’ll try and put tours on again, there is just going to be no infrastructure there to actually enable it.

Obviously, music was such a big part of how a lot of people got through lockdown and on a more positive note, you were a part of the ‘Times Like These’ project that Radio One did. How was it to be involved in such a massive moment for music during lockdown?

So, Dave Grohl is one of my absolute heroes. Growing up, I never thought I’d end up playing on a song with him where I’d nicked my three-year old’s xylophone and was playing that on my living room table. But yeah, here we are. Though it was nice to actually just be a part of making music, in some way, and doing what we do, and pitching in. And, yeah, obviously just trying to raise some money for good causes. It was nice to be asked and be a part of it and if you’re if you’re incredibly nosy you get to peek inside people’s houses as well.

And you were fortunate enough to record a few songs at Abbey Road recently for the Barclays Share the Stage series, what was it like to be in such an iconic place doing that?

That was my fifth time at Abbey Road. First time actually playing drums, so that for me was a massive, massive box ticked. When we’d been there before we’d been sorting out all the string bits or doing a nice stripped back acoustic version of stuff. And then we were actually just doing a band performance thing so yeah to finally tick that off my list was, I mean like, it’s Abbey Road, and I don’t care how long you’ve been doing music for or to what level, these certain places are just magic, and that is most definitely one of them.

What would you say has been the high point of your career with Bastille? What has been one of the things you hold on to the most that you’re proud of?

We’ve been really fortunate that I think we have had a lot of special moments. I guess I always still look back to when we won the Best Newcomer or Best Breakthrough at the Brits. That was pretty special still because we were largely sort of hated in the press for the first album so that was quite a nice little two fingers to them. And apart from that just certain gigs like Glastonbury last year. To get to the Pyramid Stage last year with a packed crowd, that’s the kind of thing you’ll never forget. Oh, and getting to meet Alan Partridge.

Yes, I’ve seen you guys live a few times and it’s always been such a good atmosphere in the crowd. How has it been interacting with fans recently and having to use things like Instagram Live and YouTube instead of being able to perform to a crowd?

It’s fine, but it’s always mostly very at arm’s length. I mean, I’ve been playing music since I was 12, so this is pretty much the longest I’ve gone without doing a gig since I was probably 15 even 16. So, it’s kind of something I’ve done for over half my life, which I’m not getting to do at the minute which is incredibly weird. I think it’s something that we all probably did take for granted, but It’s always going to be there. But, obviously at the minute it’s not. Yeah, you’ve just got to try and stay positive and obviously everyone is working to try and bring it back. It will come back at some point one day, but I’d much rather meet people in person and play music in person than do it over a zoom call.

So, what do we have to look forward to from Bastille?

I can’t put any dates on it, but we are still making more music. I’d love to say that we could go and plan a tour or something like the experiential thing we did last year with the album launch and all that sort of stuff but you just don’t know what you can plan for from one week to the next. But we are working on new music.

‘Survivin’ and ‘WHAT YOU GONNA DO???’ are available now via Virgin Records