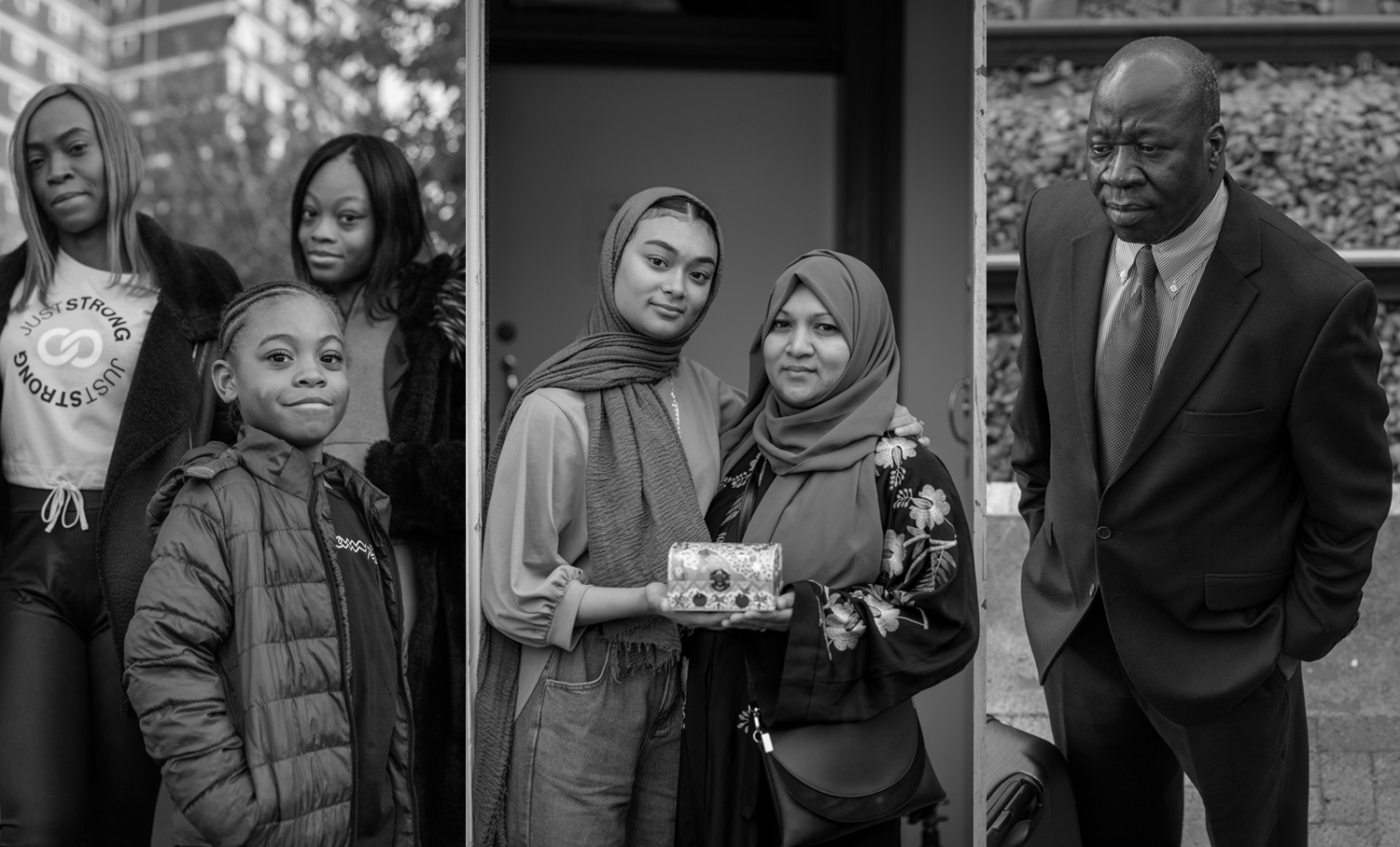 Exhibited at the renowned IKON Gallery, A Gift to Birmingham showcased 17 portrait photographs of members of Migrant Voice, a migrant-led organisation, taken by Birmingham artist, Vanley Burke. Considered by some the ‘Godfather of Black British Photography,’ Burke’s photography was part of a six-month collaborative research project, working alongside different educators: IKON, the University of Birmingham, and Migrant Voice (who have a hub in Birmingham). The project explored the different ways artists, educators, and activists may get involved in challenging assumptions about migration, with an aim of using more informal methods of communication in order to educate and break down institutional and intercommunal barriers.

Burke’s photography captured each participant in their natural environments; in their workplaces, community centres, and parks. The highly intimate portraits simultaneously managed to capture a sense of a celebration of the contributions of these migrant communities, as well as drawing attention to the challenges and barriers experienced by these individuals. Before being photographed by Burke, the participants were interviewed by researchers from the School of Education at the University of Birmingham, on their experiences of living and working in Birmingham as migrants. A recurring observation that was brought up in multiple interviews was a feeling of a need to shift our attention from children’s academic attainment and place an increased emphasis on greater cultural understanding in schools. This led to the creation of a set of school packs, intended to inspire discussions for teachers and students to engage with.

In the exhibition, at the centre of the small room, a TV showed a screening of a film produced by Migrant Voice, raising awareness of the difficulties experienced by those migrating to and within in the UK. Burke’s 17 portraits were lined up on the outer wall, only an inch or so apart from each other. The unique display proved particularly powerful in evoking a sense of their collective contribution to the city, as well as also seeing them as separate individuals with unique narratives and histories.

The intimate, engaging quality of the exhibition was impactful on both an artistic and educational level. The use of photography, displayed in the city’s leading contemporary art gallery, exemplified the dualism often presented by photography; is it an art form or simply a mode of documentation? Or can it be both? For an exhibition like A Gift to Birmingham, photography proved to be the perfect medium through which to document the experiences of these migrants, in a way that was particularly emotive and engaging for visitors.

Whilst the show has now come to its end at the IKON, there are plenty more upcoming projects from Migrant Voice in the near future. In terms of similar exhibitions to this one, I would highly recommend From City of Empire to City of Diversity, which is showing in the Public Library in the lead up to the Commonwealth Games; it is an exhibition that celebrates Birmingham’s diversity, also through photography, whilst acknowledging the city’s darker histories and imperial involvement.

Review: The End of Fun! at IKON