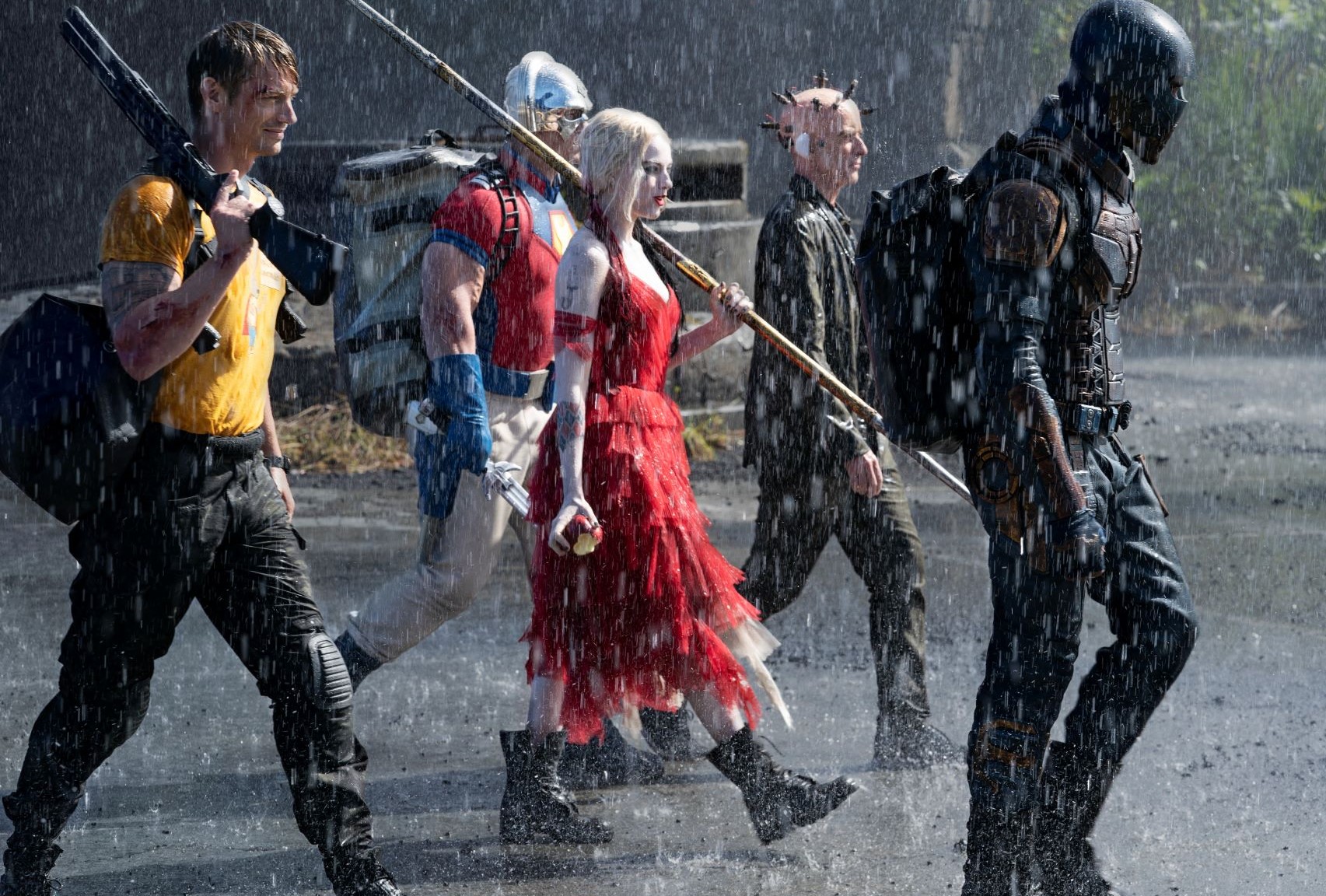 Film Critic Cerys Gordon praises The Suicide Squad, a witty and enjoyable film that improves on the first entry to the franchise

Written by Cerys Gordon
I am a first year studying Politics and IR w year abroad. I am interested in a variety of things such as current affairs, film, food, astrology, music and anything to do with animals. I love walking my Labrador Barney, where I live in South Wales. All views are my own x
Published at 17:00 on 12 September 2021
Images by Jessica Miglio & DC Comics

The long-awaited The Suicide Squad was released in UK cinemas on 30th July this year. Full of in-your-face CGI, gory fight sequences and back-to-back action-packed scenes, the second film within the franchise, following a team of able killers, was a vast improvement on the first. The film is the sequel to Suicide Squad (2016), although some consider it a remake due to the nearly identical name and there being little connectedness between the plots of both films. Being the sequel to Suicide Squad meant the film had little to live up to, with the first being poorly made and simply a complete disaster and disappointment.

However, The Suicide Squad stepped up to the task and delivered a witty, jam-packed and enjoyable film that surpassed the last. Perhaps it has something to do with its new director, new cast or even the ‘The’ added to the title. However, The Suicide Squad does not go free from criticism due to its lower than expected financial admission at the box office, mainly resulting from the coronavirus pandemic, like many films released this year. Regardless of this, it was an enjoyable viewing experience, with James Gunn’s Guardians of the Galaxy humour shining  throughout. The film begins with the Suicide Squad being sent to an island off of South America to invade a bioweapons research lab, under the watchful eye of How To Get Away With Murder actress Viola Davis’ returning character Amanda Waller. Although her character is cold and almost psychopathic, she brought a certain sophistication to the sometimes overbearing action of the film.

The Suicide Squad including the likes of Bloodsport (Idris Elba), Peacemaker (John Cena) and the hilarious King Shark (Sylvester Stallone) as expected have far from a smooth ride. The group, who also pick up Harley Quinn halfway through the film, successfully make the audience feel a certain alliance with the psychopathic, dysfunctional group of felons. Margot Robbie, who brings to life the character of Harley Quinn in a unique, comic and captivating performance, makes it easy to like a twisted killer such as her on-screen self. Although she plays a supporting role, with such an overpowering and captivating aura, occasionally it seems the movie was hers entirely and the rest of the squad were simply part of a simultaneous, less interesting sub-plot. However, Gunn restrained this possible problem and allowed the audience to also take a venture into the lives of the rest of the complicated members of the squad. This includes the likes of Ratcatcher 2 played by Daniela Melchior and the mother-hating Polka-Dot-Man (a slightly random edition to the squad) played by David Dastmalchian. The twisted team is led by Idris Elba’s character Bloodsport, who has a calm yet assertive influence on the squad of potentially uncontrollable, unstable individuals. Elba is certainly a terrific actor and his performance fitted the job description, however this role failed to utilise Elba’s acting prowess, at times portraying a stale and bland character.

The plot is inventive, easy to follow, yet expectedly chaotic at times, full of terrifying sea life and witty moments. Talking of wit, the character of King Shark was a dull, human hungry, comical addition to The Suicide Squad, who, with John Cena’s character, brought many witty moments to the newest DC motion picture. John Cena, who is used to performing and certainly fighting, brings comedy, muscle and, well, that is about it. He is still unconvincing as an actor, yet as film roles go, this has been one of his best. Peter Capaldi guest stars in a minor role of the evil genius named ‘ The Thinker’ who has several electrodes stuck in his skull but is seemingly a forgettable character, perhaps due to Capaldi’s supernatural stardom as Doctor Who. Capaldi was somewhat significant to the plot, however was simultaneously shadowed by the chaotic nature and craziness of the film and his performance failed to remain in the minds of the audience, unlike Margot Robbie’s Harley Quinn, who is always the star of the show.

This film is recommended but is not for the faint-hearted. With some stand out performances and other disappointing character portrayals, it delivers a violent yet thoroughly entertaining watch for viewers. James Gunn has proved himself once again to be an incredibly talented writer and director who may have saved the franchise of The Suicide Squad.

Although this film underperformed at the box office and contained times of overly violent chaos, James Gunn created a film that was an entertaining watch with humorous anecdotes, moments of heart (quite literally), and that most certainly surpassed its predecessor, Suicide Squad.

Need some more superhero films to watch? Have a look at these Redbrick Film articles: