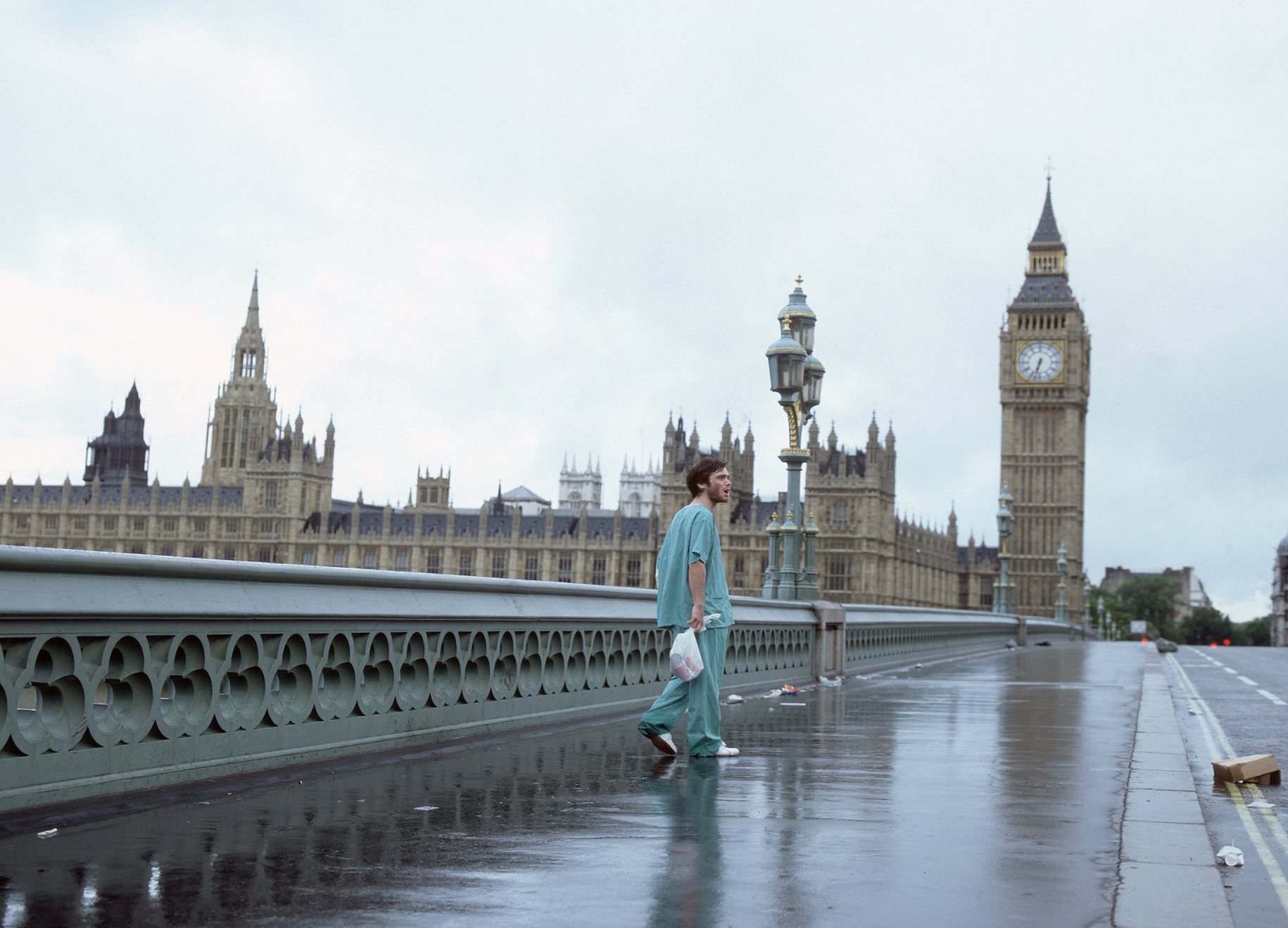 For those of you who have watched 28 Days Later, you may be thinking ‘another zombie game?’. In recent years, we have seen Overkill’s The Walking Dead and World War Z not live up to expectations. However, I have picked this film because I know how it can stand out from other zombie games

In 28 Days Later, travelling in the day is fine but at night it is dangerous. This can work like Dying Light and Days Gone in the way that night-time becomes even more chaotic. Scavenging for supplies in the day and resting at night can be crucial to the player’s survival. Furthermore, implementing a feature that means sound must be limited at night would add to the gameplay experience. In terms of scavenging, we are not just talking about materials to build weapons. You would also need to collect food and water among other supplies.

Adding NPCs into the mix  could add further depth to the formula. Maybe you can become allies and survive together, or you have to fight for your survival against others. I would like this to depend on decisions you make, such as places you travel to or your morals.

In 28 Days Later’s ending, the zombies starve to death. Perhaps you must survive until the zombies die out and then you can find an escape. In addition, the quantity of zombies or the  time it takes for them to starve could depend on location, cities for example are likely to be more densely populated. As a result, there is a sense of high risk, high reward. You could fend off the zombies in the big city and gather plenty of supplies. Alternatively, you could live in the countryside to keep away from zombies but risk running out of supplies quicker.

It seems odd that Christopher Nolan’s films haven’t been adapted into video games yet. Most of his films seem to begin from a single concept about how the world works, be it interstellar travel, dream layers, or backwards flowing time. Heck, Inception even has several scenes discussing the ‘level design’ of the different dream layers, and they do resemble different levels of a video game with intricate pathways and enemies apprehending you at every turn.

This comparison seems most explicit in Tenet, and the grand set-pieces of the film seem to grow naturally out from the main concept of inversion; time flowing backwards. It’s a concept that seems so well-suited to gaming, where the mileage for a gaming experience is fuelled by a single idea that revels in the novelty of bending time and space. Think of the hair-brained excitement of Portal’s puzzles, or the time-slowing intensity of Superhot, and Tenet seems to have more in common with them than it does with most blockbusters. You could create a game from the ground-up with Tenet’s concept, but you could just as easily take some of the many Bond-infused set pieces in the film as the crux of a gaming experience.

I think Rian Johnson’s mystery crime thriller Knives Out would make for a great game. Knives Out focuses on the mysterious death of Harlan Thrombey, the head of the scheming Thrombey family, which places all of the family members as suspects of the crime. Who else is to come and unravel the mystery but Detective Benoit Blanc, portrayed by Daniel Craig.

I think the events of the film – including the intriguing cover up – would make for an exciting adventure for the player, taking them on a mysterious journey, as opposed to being predictable like so many other games. I think the game could gain inspiration from the level  ‘Death in the Family’ from Hitman 3, which although it was apparently just a coincidence, bears a striking resemblance to the film. It could also gain inspiration from the mystery game LA Noire, which is arguably one of the most successful modern day mystery games (despite all the memes!). There would also be potential for sequels or an expansion pack to the game, as Netflix have acquired the rights for two sequels to the film. I think that these sequels will only grow the demand for an accompanying game.

Cabin in the Woods

Cabin in the Woods is at the top of the list of films I’d like to see made into games. Picture it, you take control of an isolated facility with several insufferable stereotypes trapped inside, and your role is to torment them over the course of an entire night before ensuring that they all die one by one. I’m picturing this perhaps more as a machinima making tool than a game, but there are certainly ways of gamifying this system. Players should be encouraged to allow a sense of uneasy normalcy to pervade, using only creepy sonic cues and the like to gradually increase the tension until you release all manner of strange monsters upon your victims.

Technically speaking, this game already exists, it’s called Ghost Master and it’s ok, but it lacks the flexibility necessary for creating true horror moments and eschews the gory horror aesthetic in favour of a cartoonish approach to things that go bump in the night.  But I’d certainly like to see a version flavoured with a more modern horror sensibility, or at least a game like this with controls that aren’t awful.

Interested in more articles on Gaming and Film? Check out these articles below: